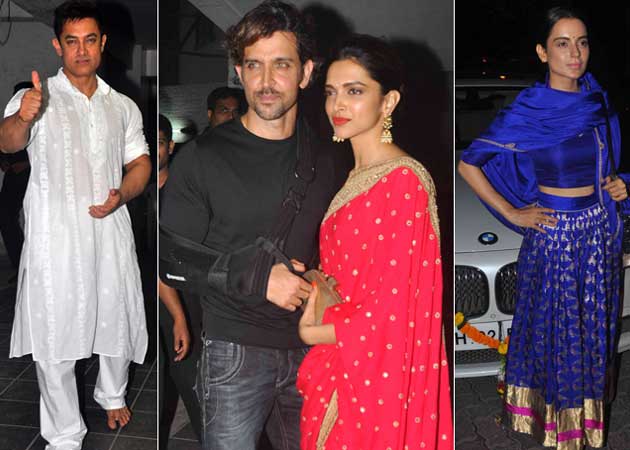 It was a very starry night this Diwali, with many Bollywood celebrities receiving invites not just to the annual Bachchan bash but also to Aamir Khan's party. There was no time to change outfits between parties, but it did mean we got a good look at what VIP guests like Deepika Padukone and Kangana Ranaut were wearing.

Party host Aamir, who just released the first trailer of his film PK, was simple but festive in a white chikankari kurta. His daughter Ira was also dressed simply, but looked stunning, in a grey sari. 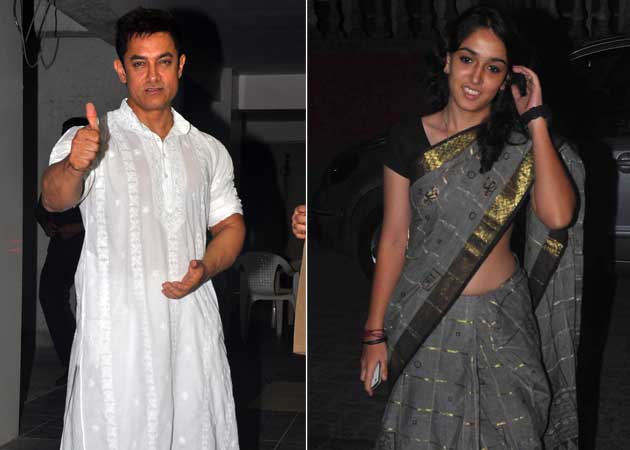 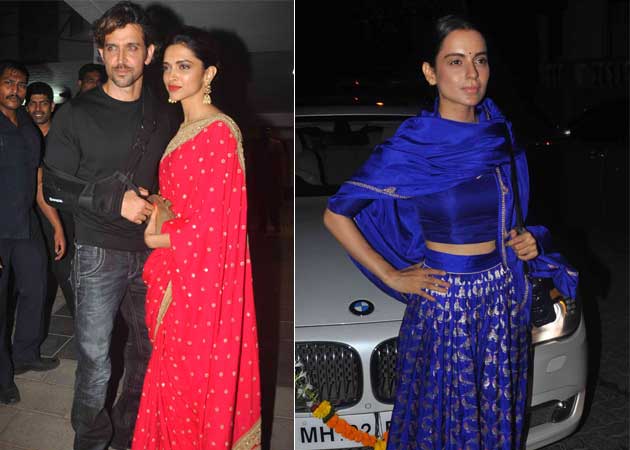 Actor Anil Kapoor arrived with both daughters in tow - actress Sonam in an outfit by her favourite designer Anamika Khanna, her sister Rhea in an anarkali. 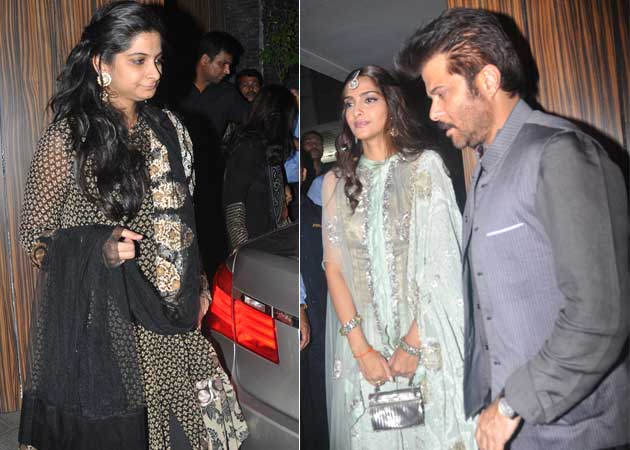 Actress Aditi Rao Hydari, in pink Amrita Thakur, was also at the party, as was Nargis Fakhri, wearing a yellow and pink SVA sari. 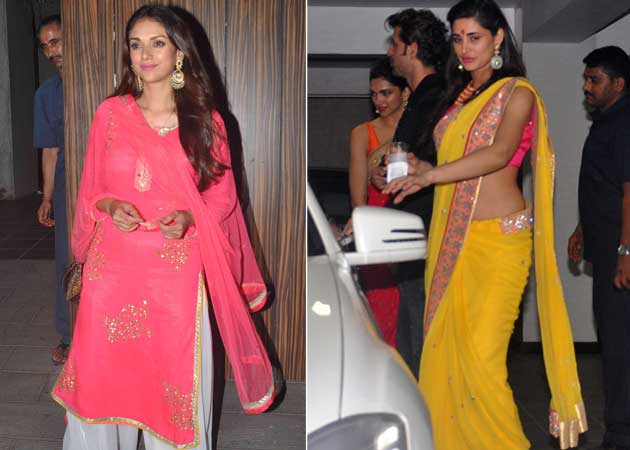 Zoya Akhtar, who co-wrote Aamir's film Talaash, was pleasantly unrecognizable in a sari. Her brother Farhan was formal and festive in black. 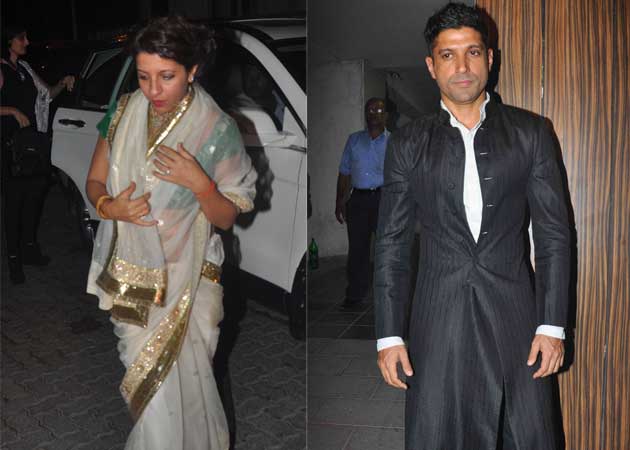 Young actors Sidharth malhotra and Tiger Shroff, a protege of Aamir's, were also at the party. Tiger arrived with his dad, Jackie Shroff. 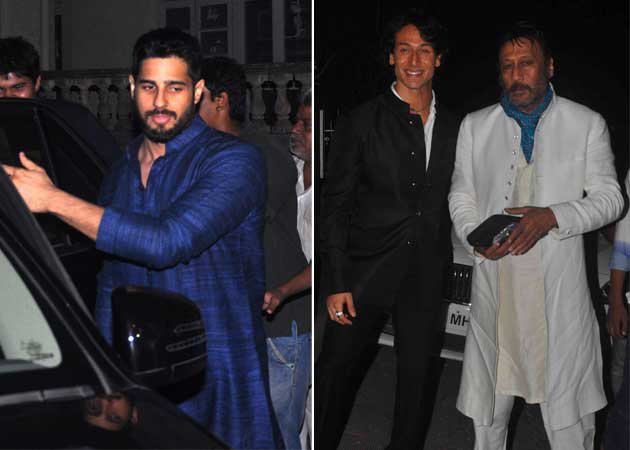 Aamir's 3 Idiots trinity was completed by actors Sharman Joshi and R Madhavan, both of who came with their wives. 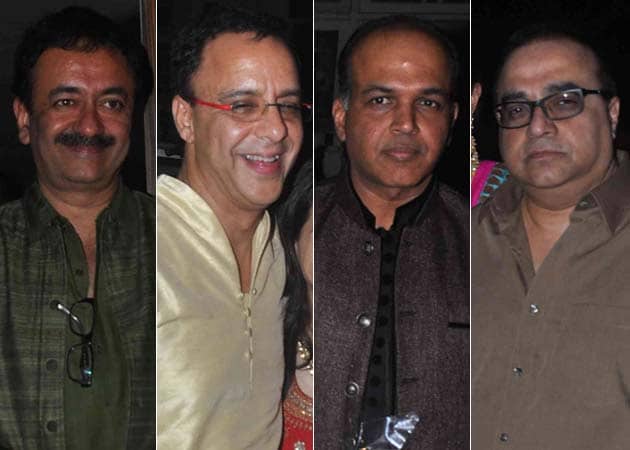