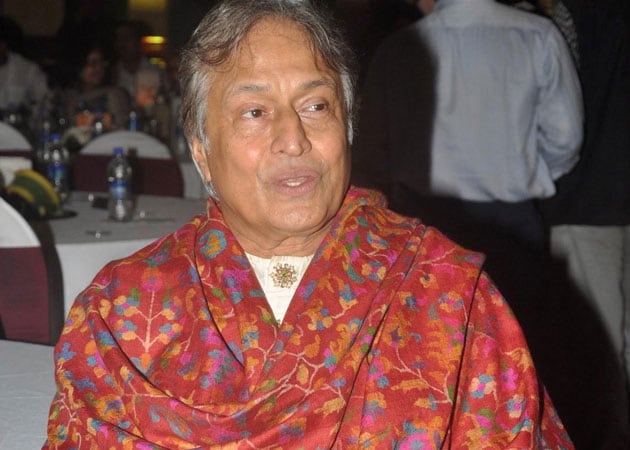 Indian sarod maestro Amjad Ali Khan is enjoying a bit of "musical flirtation" to connect the world and bring peace and harmony amidst conflict.

"I feel life has just begun. It has found a new direction," the great musician representing the sixth generation of the legendary Senia Bangash School of music told IANS over the phone from New York on turning 69 on October 9.

Mr Khan has been on a "successful rewarding" tour of the West Coast of USA with his talented sons, Amaan and Ayaan, since September 6.

Collaborating with the Scottish Chamber Orchestra, Mr Khan has written the score for a 'Sarod Concerto' called 'Samaagam', Hindi for confluence, that was performed by 50 musicians in Edinburgh church.

Published under Harmonia Mundi's World Village label, 'Samaagam' was also played from the written score by the National Orchestra of France last December when he was on a tour of France.

And when Britten Sinfonia, one of the world's most celebrated chamber orchestra ensembles based in Cambridge, toured India recently, the Khan trio played with them.

"As a child I didn't understand what he meant. Now I am beginning to see that a 'complete musician' is one who can see good points in every system of music," he said.

He admired great European musicians like Beethoven, Bach, Mozart or Tchaikovsky and how, with their system of harmonization with counterpoint 150 musicians, they collectively produced beautiful music.

"This could not grow in India," lamented Mr Khan. "We don't have an orchestra of international level because everyone in our country wants to become the prime minister."

"We don't care much for collective work. Everyone wants to be a solo musician," he said.

But "the influence of collective work lasts for centuries." That's why he had written 'Samaagam' that anyone could play anywhere.

Unlike European musicians who read and play at the same time, "we go on the stage 'bhagwan bharose' (leaving it to god's will), improvise and whatever comes out, we can't reproduce it," he said.

But now at this stage of life, Mr Khan said he is "composing and writing and enjoying this musical flirtation" hoping that "music will connect the world and we can promote peace and harmony."

The celebrated musician said he could not understand how well-educated people, boasting of doctorates, could turn radical in this age of technology.

"Education has produced all these gadgets, but it could not create compassion and kindness in human beings."

"Nor have we been able to end hatred, jealousy and arrogance," said Mr Khan, lamenting that leaders of the world are indulging in doublespeak as they talk of peace and harmony while producing all kinds of weapons.

"We are absolutely committed to peace and harmony, not only of India, but the whole word. We have become world citizens" he said speaking of his own family, now in the "seventh generation of an unbroken chain of musicians."

"We have not tried to make her Ayesha begum or Khalida begum because we believe we have a common god - the whole world has only one god."

Promoted
Listen to the latest songs, only on JioSaavn.com
He was sorry to see that certain countries were injecting hatred among the children, calling it a "very cruel, very unkind thing to do to destroy the future of children."

The great musician said he hoped the godmen and gurus of the world would teach the value of love and compassion and harmony to the younger generation and not spread a message of hatred for "without love there is no joy in life."