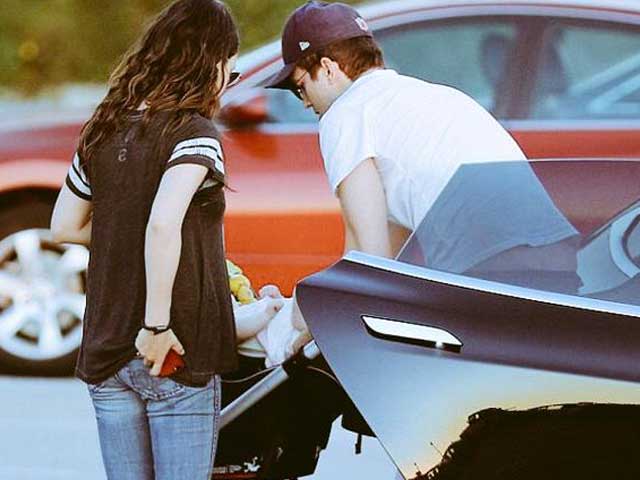 This image was posted on Twitter by The Kutchers

Hollywood actor Ashton Kutcher and his fiancee Mila Kunis were spotted taking their daughter Wyatt for a walk on the beach.

The couple were seen doting on their baby girl during the family trip, reported Ace Showbiz.

In one picture, Ashton, 36, was seen gently picking Wyatt out of her stroller, giving her a cuddle and then placing her into the car seat as they prepared to go home.

Promoted
Listen to the latest songs, only on JioSaavn.com
Another photo showed Wyatt with big eyes, a button nose and brown hair. Some other pictures showed Mila chatting with her friends.

Ashton was seen wearing a white tee, grey pants and orange shoes with white soles. He completed his look with black sunglasses and a navy hat. Mila, meanwhile, looked slim in a loose dark-grey tee paired with rolled up skinny jeans and trainers. Her hair was styled in small waves. The Jupiter Ascending actress completed her look with sunglasses.