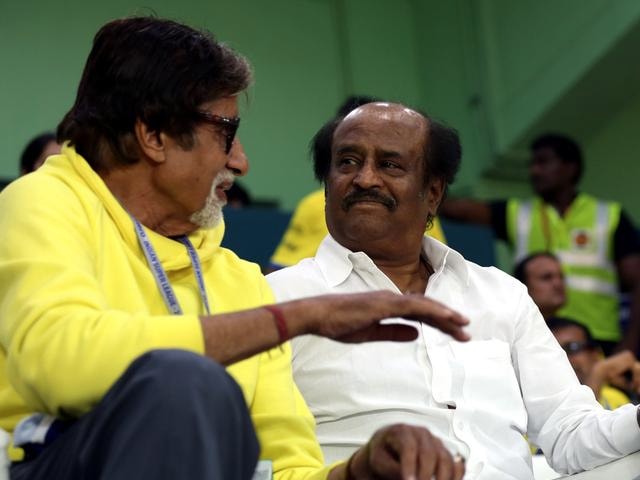 This image was posted on Twitter by Chennaiyin FC

The superstar, the man of the moment, Rajinikanth, was the first celebrity to arrive in Panjim for the 45th International Film Festival of India.

Rajinikanth will be honoured with the Centenary Award for Personality of the Year at the fest. "I am honoured," said the actor in an exclusive interview to NDTV.

The award will be given to him by close friend Amitabh Bachchan, who is the chief guest at IFFI this year.

Rajinkanth and Mr Bachchan have co-starred in past hit films like Hum and so we asked the Tamil star if there were any plans for the two of them to do another film together. "Ask Mr Bachchan," laughed Rajnikanth. "But no films as of now," he said.

And while many actors in Bollywood and down South have taken the plunge into politics, this particular superstar didges the question. "No politics please. I'm not here to talk about any politics," said Rajnikanth.

Promoted
Listen to the latest songs, only on JioSaavn.com
About his new film Lingaa, all set to release on December 12, he says, "We hope to meet the expectations."