Arvind Kejriwal Says Masaan is a 'Must Watch', And Richa Chadha is 'Superb' 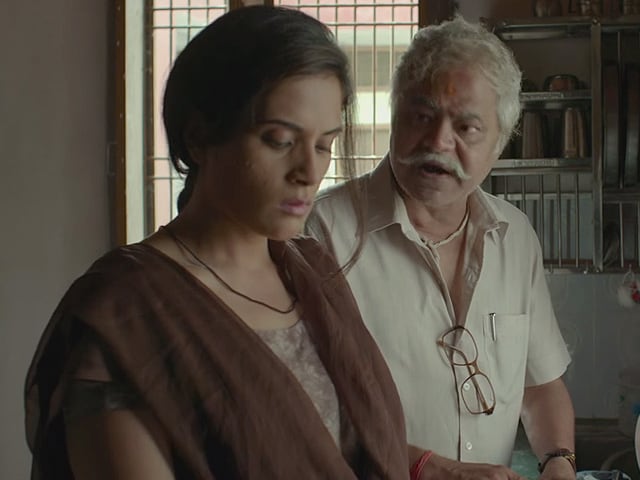 A still from Masaan.

New Delhi: Delhi Chief Minister Arvind Kejriwal watched award winning and internationally-lauded film Masaan along with some of his colleagues at a special screening here at the PVR Director's Cut on July 25.

After watching the film, He tweeted:

.@RichaChadha_ Ur acting in Masaan is superb.

At the screening, Arvind Kejriwal was joined by Richa, director Neeraj Ghaywan and Guneet Monga of Sikhya Entertainment, which has co-produced the film along with Anurag Kashyap (Phantom Films) and Manish Mundra (Drishyam Films).

"It's an honour for team Masaan that Chief Minister Arvind Kejriwal watched our film and appreciated it. It's a huge encouragement for an indie film," Guneet told IANS.

A poignant tale of two young couples, whose lives are intertwined by fate, set against the backdrop of a crematorium on the ghats of the river Ganga in Varanasi, Masaan also stars Sanjay Mishra, Vicky Kaushal and Shweta Tripathi in pivotal roles.

Masaan, which released in around 300 screens on Friday, won the Promising Future Prize and the International Federation of Film Critics (FIPRESCI) Award at the Cannes International Film Festival earlier this year.

Where stars like Shabana Azmi, Javed Akhtar, Kalki Koechlin, Radhika Apte, Rajkummar Rao, Farhan Akhtar and Ayushmann Khurrana have given a thumbs-up to Masaan, the film has garnered publicity from positive word of mouth.

Overwhelmed by the positive response to the film, Richa also took to Twitter to thank everyone.

Thank you everyone for the overwhelming response to @MasaanTheFilm. Feel humbled, blessed and so so grateful. God bless you