Arshad Warsi On Comeback In Bollywood: 'There Was Fear Of Being Written Off'

"I am the only actor who has not worked for four years. I was completely out of sight and then I came back," said Arshad Warsi 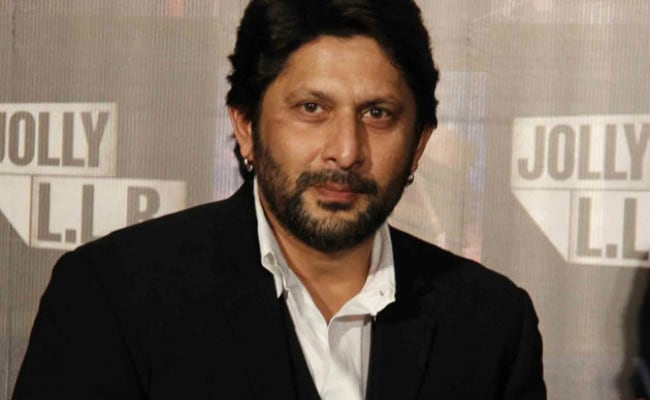 "It bothers me when I see big films that don't do well," said Arshad Warsi

Actor Arshad Warsi says it bothers him when big films fail because top stars get all the good scripts so one expects them to choose better. An actor's saleability and recent record at the box office helps him/her land all the top projects and scripts, he said. "In the industry, you get offers depending on how successful your past films have been. The more saleable you are, the more opportunities you get, the better scripts (come your way). If you are the most successful actor, probably every good script that has been written will go to you first," Arshad told PTI.

"You reject, it will go the second guy, then to the third and then it will get filtered and all the riff-raff will start coming to the lower half. In that space, you have to pick up the best. I am also in one of those. If I was right there, I would be choosing very different movies," he added.

The actor said if he had that kind of power, he would put it to good use.

"...It bothers me when I see big films that don't do well. I am like 'Dude, you had the opportunity to choose the best, why did you choose this?' I don't have that facility. It is like, if 20 films are made, after everybody has taken the best, five are left, which I have been given. Out of those five, I have to decide or say I don't want to do it. Invariably, I say I don't want to do it."

Arshad, who made his debut in the '90s with Tere Mere Sapne, has been one of the most solid but under-appreciated actors of his generation in Bollywood. Audiences fell in love with his performance as Circuit in Rajkumar Hirani's Munna Bhai series. His other notable films are Ishqiya, Hulchal, Dhamaal, Jolly LLB and the Golmaal series.

The actor said he never felt he was over and out in the phase when work wasn't exciting as he has always trusted his capability as an artiste.

"I am the only actor who has not worked for four years. I was completely out of sight and then I came back. There was a little bit of fear about being written off but I thought, 'Big deal, it is not the end of the world'. I knew I can do it and I always had the belief," he said.

The actor is now gearing up for a venture in the digital space with his upcoming web series Asura.

"I hope I am getting better as an actor. I think the digital space is going to be a lot of fun for me, purely because the kind of acting and content they are coming out with is more interesting, the directors are not your regular guys, the mind is different," he said.

(Except for the headline, this story has not been edited by NDTV staff and is published from a syndicated feed.)
Comments
arshad warsiarshad warsi interview