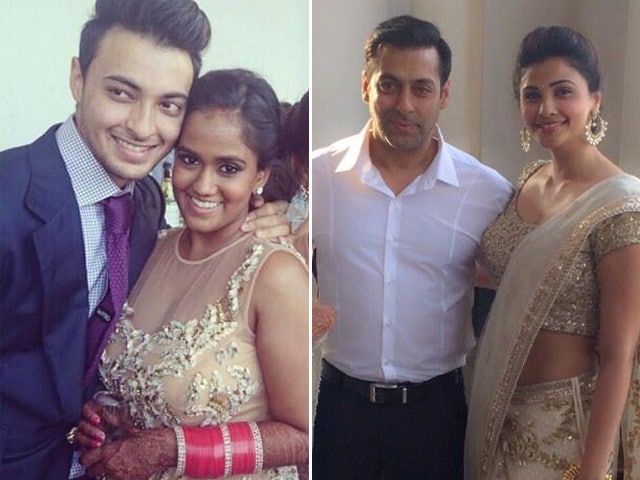 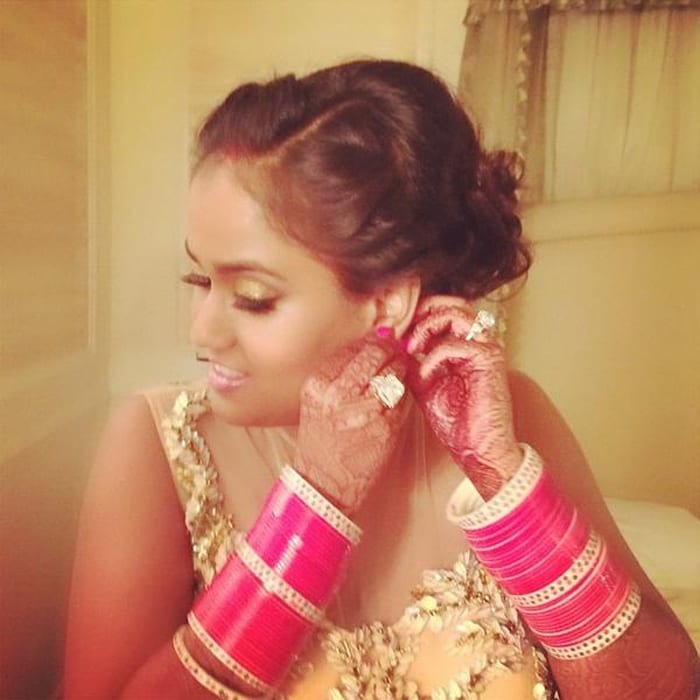 Arpita was glowing at the do, with her husband Aayush Sharma by her side, as she greeted her guests. 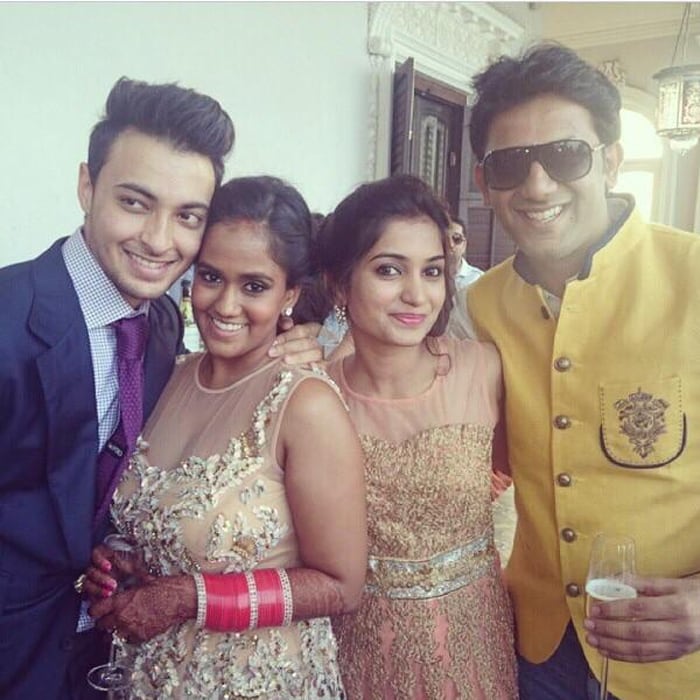 Salman Khan's Jai Ho co-star Daisy Shah, who looked beautiful herself in a white and gold lehenga by Sabyasachi, also posed with the new couple on the grand staircase of Falaknuma. Daisy also posed with Salman, who looked suave in a crisp white shirt and black pants. Filmmaker Sajid Nadiadwala's wife Wardha was also pretty in a white embroidered ensemble that she jazzed up with cool blue aviators. 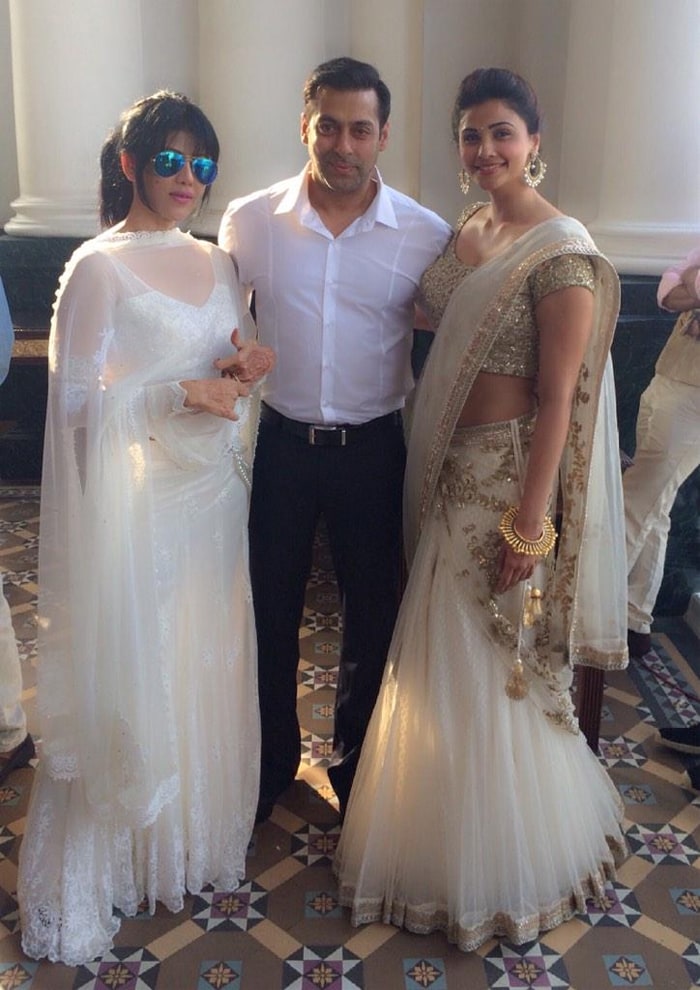 Within the Falaknuma Palace premises, guests travelled in the in-house chariots for a complete royal experience. 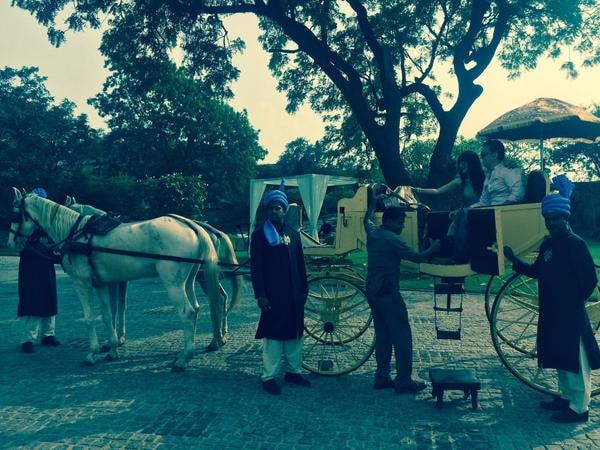 This image was posted on Twitter by Warda Nadiadwala

On November 18, the Bollywood fraternity gathered for the lavish wedding ceremony of Arpita and Aayush. Big names like Aamir Khan, Katrina Kaif, Priyanka Chopra, Karan Johar, and Telugu actor Ram Charan Teja, among others attended the do.(Also Read: Katrina Kaif Gets a Kaleera From Arpita Khan)

Promoted
Listen to the latest songs, only on JioSaavn.com
The fun did not end there. Salman, his brothers Arbaaz and Sohail, and Aamir also danced to the title track of Salman's hit film Dabangg. They also reportedly performed a hilarious towel dance.

The attendees partied till 7 am as Mika, who also performed at the wedding, informed. He tweeted:

Just woke up..I'm so tired. we partied till 7 in morning .@BeingSalmanKhan@aamir_khan look 2 years younger than me. pic.twitter.com/MEkwIIQjub