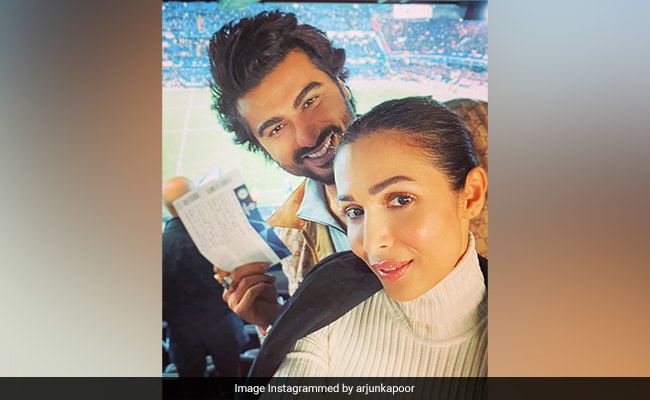 Arjun Kapoor, who was made the brand ambassador of Chelsea Football Club for India in 2019, recently ticked off his bucket list by taking his girlfriend Malaika Arora to a Chelsea Football Club match. On Thursday, the actor in an identical post shared a few pictures and videos with his girlfriend Malaika Arora from London, where the couple went on a match date to Stamford Bridge. Sharing the post, Arjun wrote, "Ticked off the bucket list thanks to everyone at Chelsea FC... being able to take her to a Chelsea Football Club game at the bridge! We won 3-0 & I had someone next to me to celebrate it with! (swipe right)" with a winking emoji.

The couple's post caught the attention of Arjun Rampal's girlfriend Gabriella Dementriades, who wrote, "Cuties" with a heart in the comments section.

The couple also shared a few pictures on their Instagram stories, in which, Arjun Kapoor revealed that it was the best date night for the couple.

Malaika Arora shared a picture of herself with Arjun Kapoor from Chelsea Football Stadium on her Instagram story. She captioned it, "Thank you Chelsea FC, Arjun Kapoor, for the awesome experience and what a win" with clapping emojis. 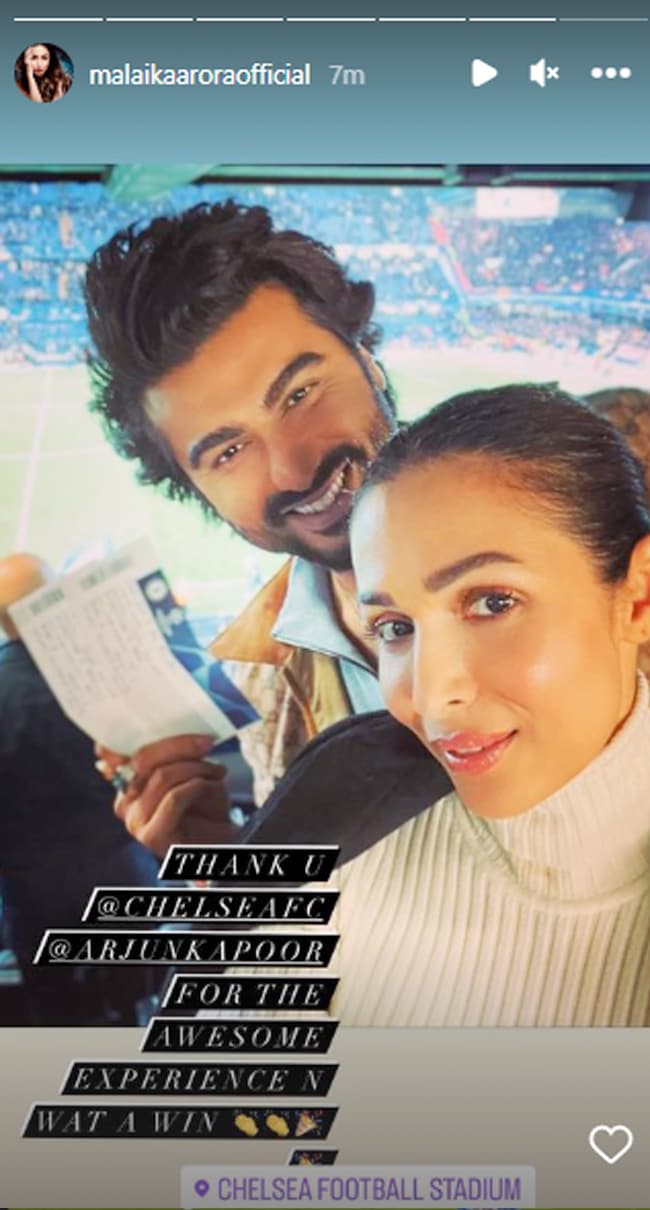 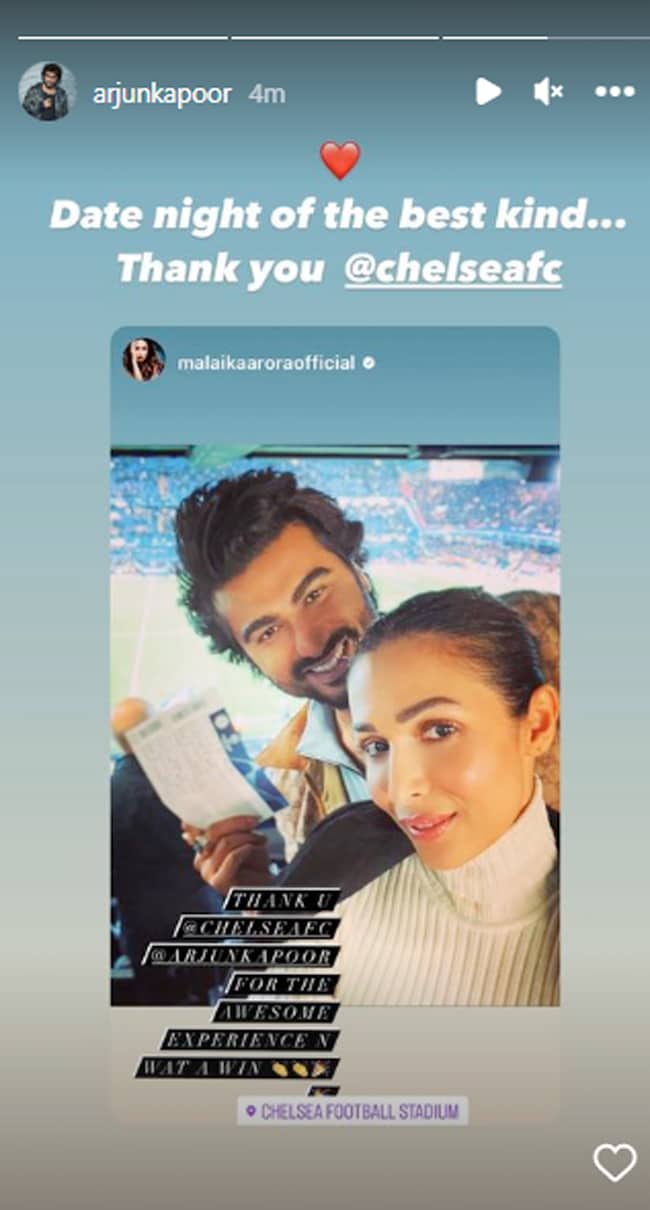 Here are a few more pictures shared by Malaika Arora from her match date with boyfriend Arjun Kapoor: 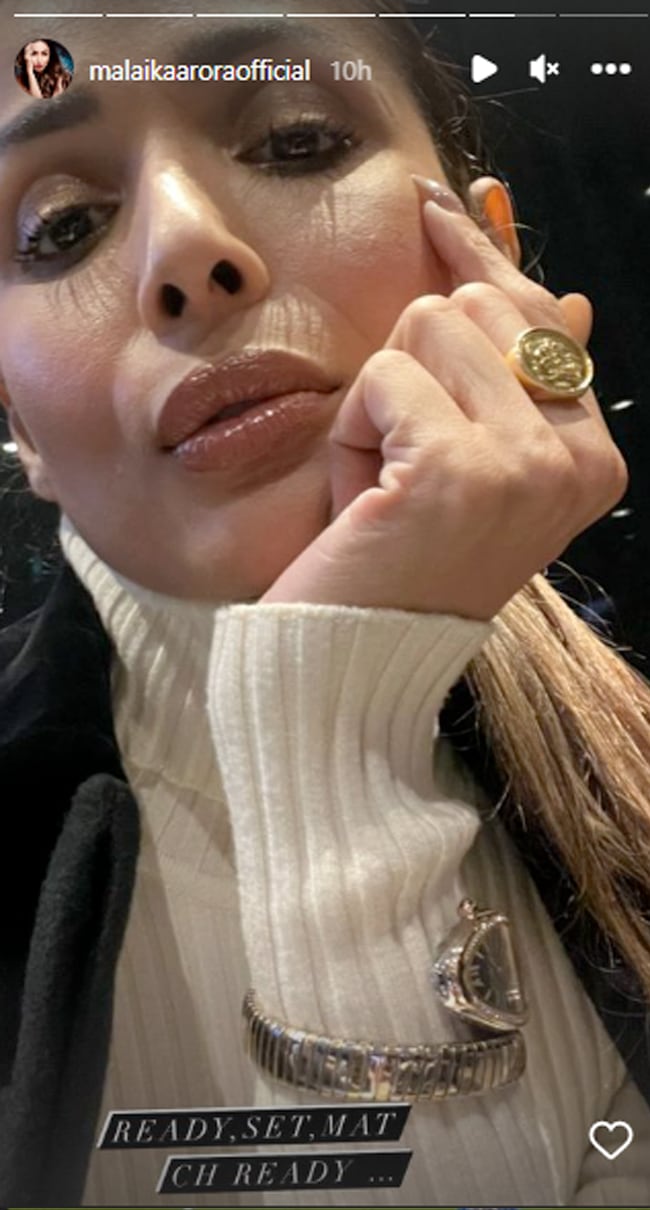 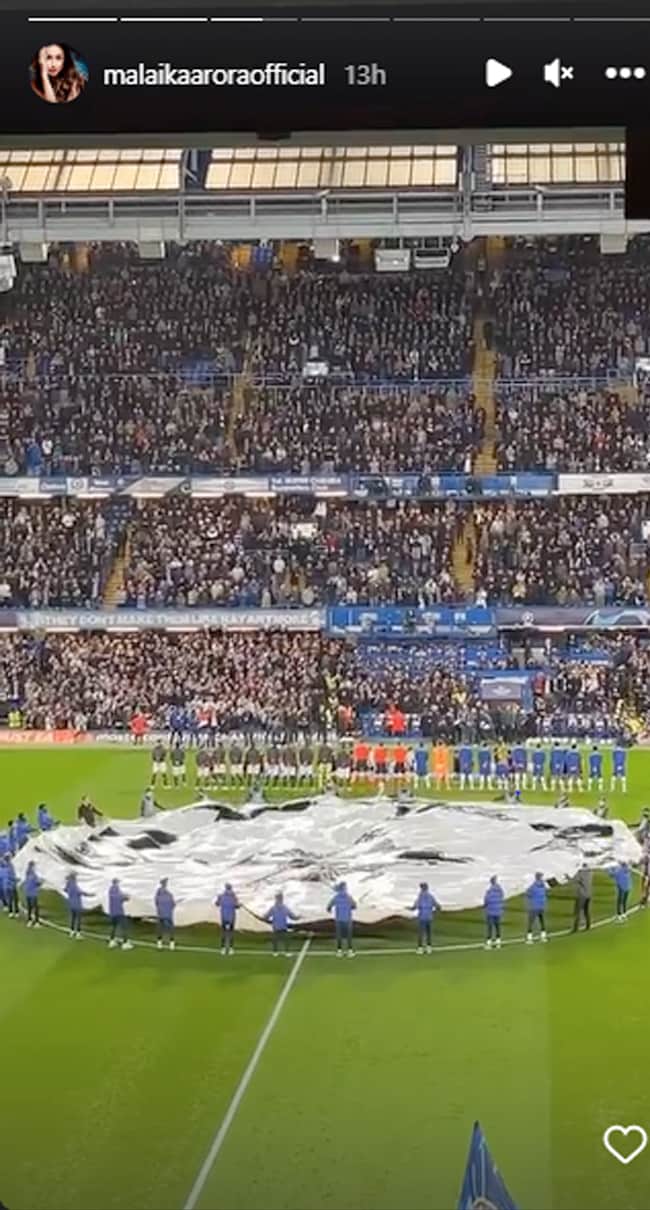 Arjun Kapoor, who flew down to London a few days ago for the shoot of his untitled film with actor Bhumi Pednekar, was joined by his girlfriend recently. The couple has been sharing many pictures from their London vacation on their Instagram stories.