Arjun Kapoor Reportedly Passed A Film To Cousin Harshvardhan. What A Bro

"The quirky subject is right up Harsh's alley," a source said 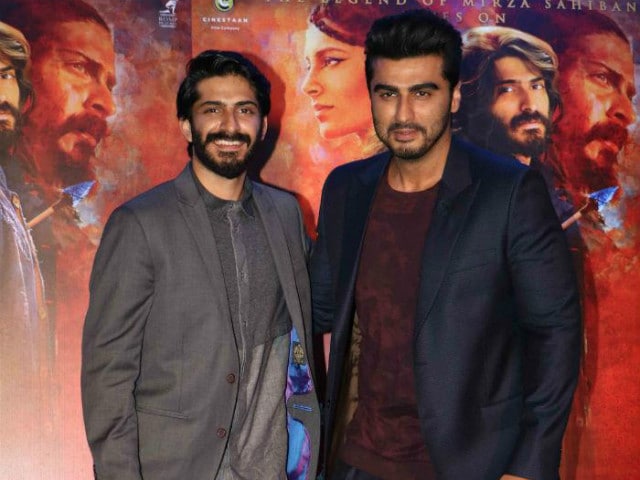 New Delhi: Arjun Kapoor reportedly doesn't want to be in a heist drama as yet. So, he passed on the project to his cousin Harshvardhan Kapoor, who is one-film-old in Bollywood, reported mid-day. Filmmakers Raj Nidimoru and Krishna DK's much-delayed Farzi is what Arjun was considering but decided to skip the project in light of the fate of the director duo's new film A Gentleman, which recently tanked at the box office. "Arjun was in talks for Farzi, until recently. But then the director duo's A Gentleman, starring Sidharth Malhotra and Jacqueline Fernandez, released last week, and tanked at the box office. As reports started trickling in, Arjun felt that at this point in his career, it wouldn't be wise for him to act in a heist film," a source told mid-day.

After not having taken up the project, the Gunday actor took no time to suggest Harshvardhan for the role. "He is also a producer's (Boney Kapoor) son, and doesn't like to keep anybody hanging. Arjun immediately recommended his cousin, 'Harsh baba', as he calls him. The makers went to Harsh thereafter. The quirky subject is right up Harsh's alley," a source told mid-day. Harshvardhan, Anil Kapoor's son and Sonam's brother, made his debut in Bollywood with Mirzya last year and is currently shooting for Vikramaditya Motwane's vigilante drama Bhavesh Joshi.

Previously, Shahid Kapoor was considered for Farzi but dates could not be worked out because of his prior commitments. Talking to mid-day, Mr Nidimoru said: "Yes, we were in talks for Farzi with Shahid Kapoor and Arjun Kapoor, but the talks were at initial stages, and they fell through. Then we got busy with the release of A Gentleman. Now, we are figuring out how to take things forward, and which actor to approach. As far as casting Harsh is concerned, it is too early to talk about it."