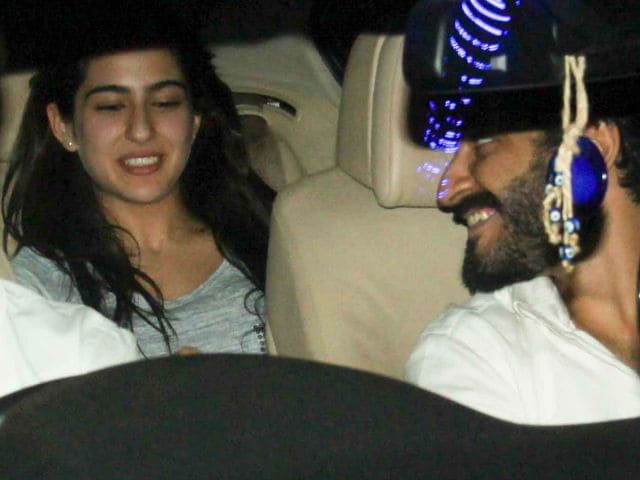 New Delhi: A small group of young actors were spotted being driven on Monday night to the Mumbai residence of Saif Ali Khan and Kareena Kapoor. Among them, were Saif's 24-year-old daughter Sara Ali Khan and actor Harshvardhan Kapoor, who are rumoured to be a couple. Sara and Harshvardhan carpooled on the way to the dinner and she left with actress Rhea Chakraborty. Sara, the daughter of Saif and his ex-wife Amrita Singh, is also an aspiring actor and will reportedly debut in a film called Kedarnath, co-starring Sushant Singh Rajput. Saif Ali Khan and Amrita Singh divorced in 2004. Saif and Kareena Kapoor married in 2012 and welcomed a baby boy they've named Taimur last December.

Here's a picture of Sara Ali Khan and Harshvardhan Kapoor, 26, being driven to the party. 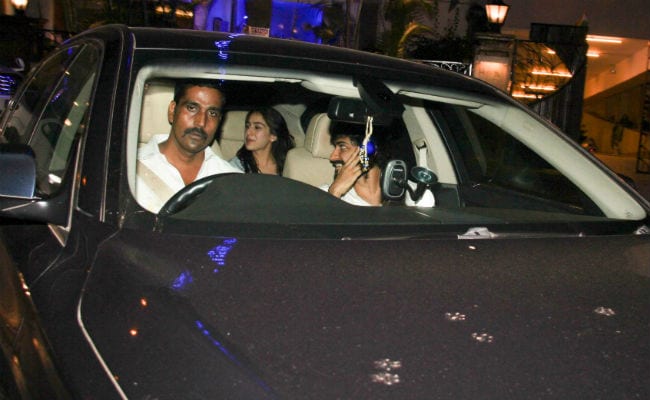 Later, Sara left with Rhea while Harshvardhan accompanied his sister Rhea Kapoor, who is the producer of Kareena's upcoming Veere Di Wedding. 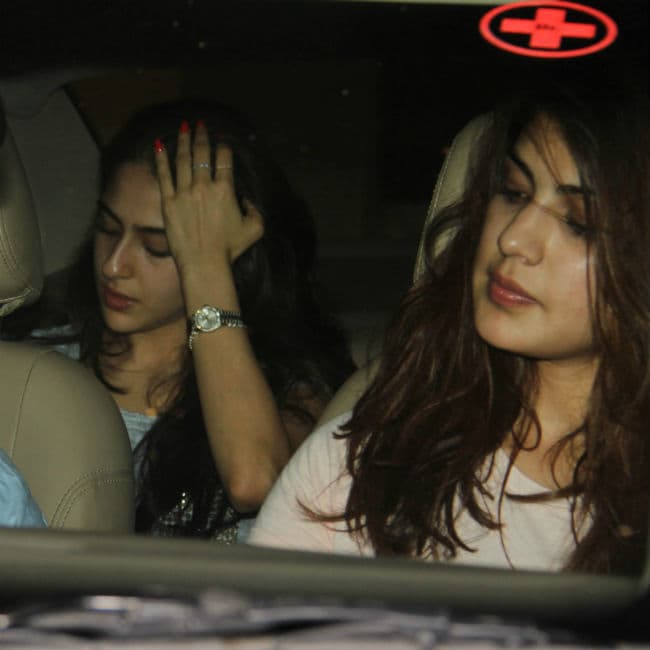 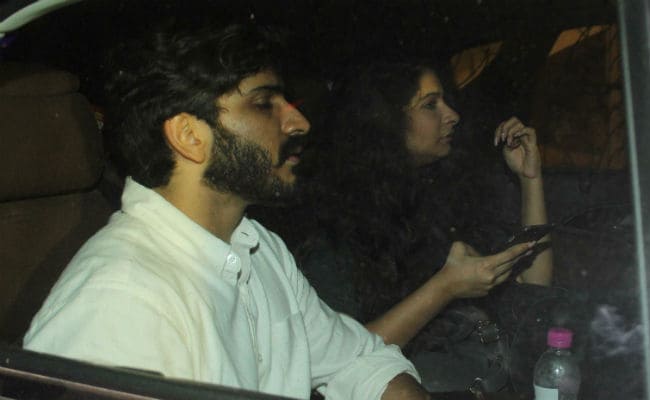 Harshvardhan, who made his debut in the poorly-received Mirzya last year and is currently filming Vikramaditya Motwane's Bhavesh Joshi, told news agency IANS that he doesn't take relationship advice from his father Anil Kapoor. "That's too personal. I'm very private (in these matters)," he said. Anil Kapoor said he wants Harshvardhan to socialse with more people. "I want him to loosen up," he told IANS.

Promoted
Listen to the latest songs, only on JioSaavn.com
On Sunday, Sara and Amrita dined with Sushant and Kedarnath director Abhishek Kapoor, who also helmed Sushant's first film Kai Po Che! (2013). Here are pics from their rendezvous. 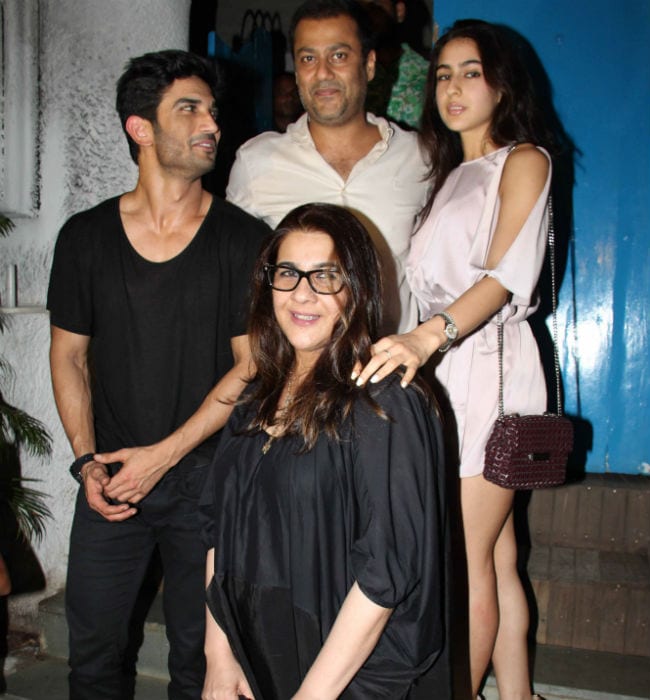 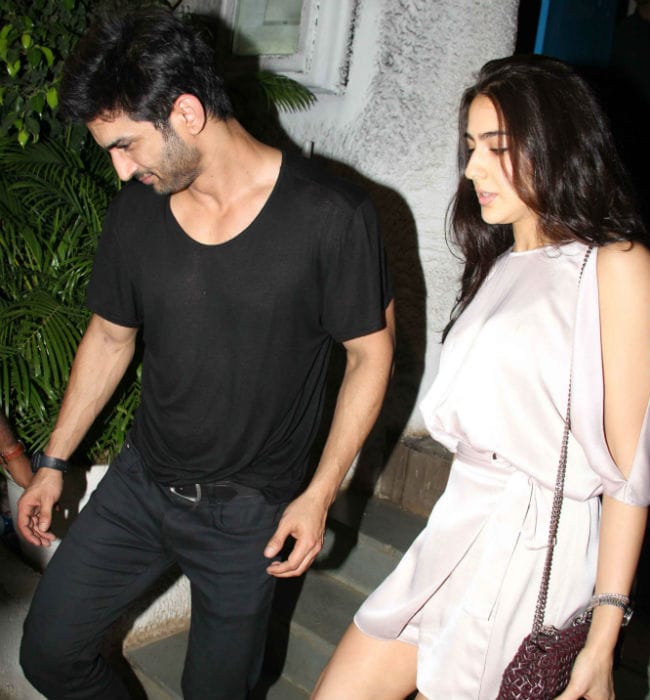 There have been several conflicting reports about Sara Ali Khan's debut - filmmaker Karan Johar was meant to be handling it; then it was reported that Salman Khan might cast her opposite his brother-in-law Aayush Sharma; there were also reports of Sara working with Hrithik Roshan in his Agneepath director Karan Malhotra's new film. Mumbai Mirror now reports that Kedarnath will be Sara's inaugural film.