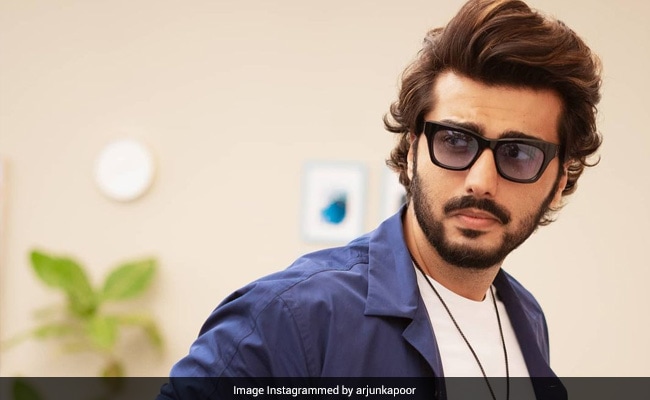 Actor Arjun Kapoor, on Wednesday, treated his fans to a bunch of new pictures of himself. The pictures feature the 35-year-old actor dressed in a blue shirt. He can be seen wearing a white T-shirt underneath. In the caption of his post, Arjun Kapoor wrote about his love for the colour blue. "Somethings are predictable about me...and one of them is my love for my favourite color," Arjun wrote in the caption of his post. He also added a blue heart emoji to the caption. The actor's new pictures received scores of comments from his fans on Instagram. Amitabh Bachchan's grand-daughter Navya Naveli Nanda also dropped a comment on Arjun's post and wrote: "Jai Mata Di Let's ROCK."

The actor recently got himself inked with a new tattoo. He gave us a glimpse of his tattoo through a video that he posted on Instagram. Arjun got a tattoo of the letter 'A' and a spade which together form the ace of spades. He dedicated his tattoo to his sister Anshula Kapoor. "She is the Ace up my sleeve, Anshula Kapoor and I, intertwined forever in life and also by the letter A," he wrote in the caption.