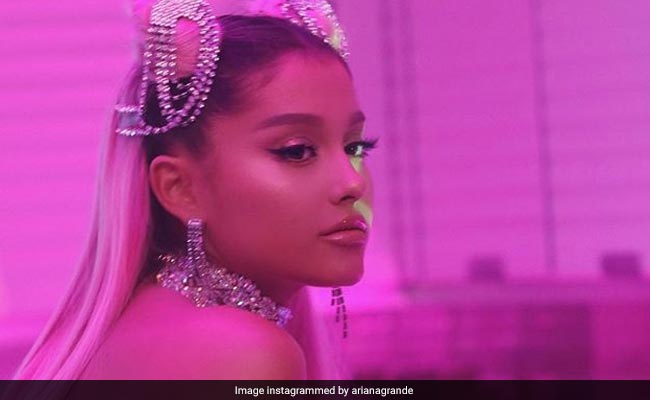 Ariana Grande shouts out girls with tattoos in the first verse of her new hit single 7 Rings, and revealed some fresh ink of her own Tuesday night to celebrate the song. In a since-deleted Instagram post showing off her Japanese palm tattoo, she said: "This felt super good Kane Navasard (everyone thinks this a fake hand but it's indeed.... my hand."

But Ariana Grande's fans and critics alerted her that the characters she got don't signify "7 rings" as she probably intended. In Japanese, the characters translate to "shichirin" - a small barbecue grill.

As the website Kotaku notes, one of the kanji characters means "seven" and another means hoop, circle or ring. She has posted photos of herself studying the language in the past.

When those characters are combined, however, the meaning becomes completely different.

"When we translate (the characters) in English directly, it means 'Seven Rings,' one Instagram user wrote. "BUT!! In Japan, the word is used for a portable clay stove used for cooking!!!!!!!!"

Ariana Grande later acknowledged the mistake, writing in now-deleted tweets that she forgot the additional characters in the tattoo. "Indeed, I left out (the characters) which should have gone in between," Ariana Grande wrote, using an expletive to indicate that the process was painful. ". . . But this spot also peels a ton and won't last so if I miss it enough I'll suffer through the whole thing next time."

The tattoo artist Ariana Grande tagged her in post, Kane Navasard, did not immediately respond to a request for comment Wednesday afternoon. He posted a photo of Ariana's tatted-up hand to his Instagram page Tuesday and tagged the singer, writing, "If you didn't know, Ariana Grande is a G."

Ironically, the correct Japanese translation of "7 Rings" can be seen at the 12-second mark in the song's music video. A photo of the misspelled hand tattoo was still published to Ariana Grande's official Japanese Twitter account late Wednesday afternoon.

(This story has not been edited by NDTV staff and is auto-generated from a syndicated feed.)
Comments
ariana grande tattooAriana Grande new song