Ariana Grande's Latest Single "Broke" YouTube. We Are Not Kidding

Ariana Grande's brand new single -- "Thank U, Next" was known to be among the first to get a million views in less than 34 minutes. 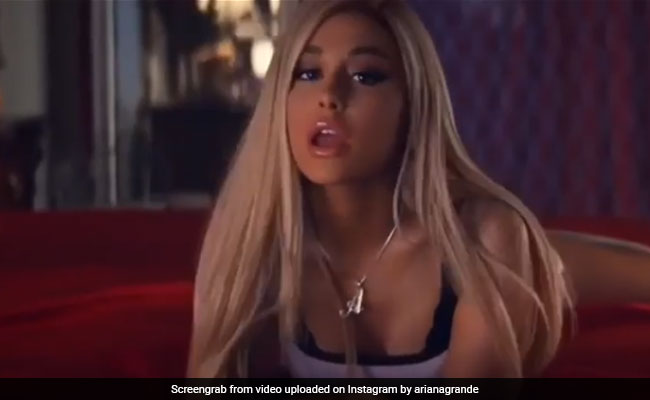 After weeks of anticipation, hit singer Ariana Grande released a brand new single -- "Thank U, Next", that has reached close to 40 million views, just 16 hours after posting the video on YouTube.

The 5-odd-minute video has references from popular 2000s rom-coms like Mean Girls, Legally Blonde, Bring It On and 13 Going on 30. The video also has high-profile cameos including Kris Jenner and Singer-actor Troye Sivan.

The single received so many comments during the first hour of its release that it crashed the YouTube comments section briefly. YouTube tweeted thanking the star and said, "the thank u, next video was so good, it broke the internet (or at least delayed YouTube comments from posting for a bit)."

The video was known to be among the first to get a million views in less than 34 minutes. The video, according to reports, broke the record for the most monthly listeners by a female artist on Spotify with over 46 million listeners.

Released on late Friday night, the video gives us a nostalgic dose taking us through some of the favourite rom-com scenes. Along with the road down memory lane, the video takes us through the 25-year-old mega pop star's life as she pays tribute to all her past boyfriends including the most recent one - Pete Davidson.

While Grande's video did not fail to impress her fans, several celebrities also had a lot to say about it.

I'm not a regular mom, I'm a cool mom. https://t.co/GGpPNUC4N2@ArianaGrande

Having some Razzles (it's a candy AND a gum) in your honor, @ArianaGrande! #thankunexthttps://t.co/5QA1pNtbiO

the #ThankUNextVideo makes me wanna be overdramatic and start a fight with my boyfriend just so I can relate to @ArianaGrandepic.twitter.com/I9knI4XoGF

Fans also posted tweets comparing the video to the scenes from the 2000s rom-coms.

I'm not a regular mom. I'm a cool mom! #ThankUNextpic.twitter.com/a5kPSkSUnj

Now that you know all about the "Thank u, Next" track, watch the full video here: