Britney Spears is seeking to end her father Jamie Spears' control of her finances and other affairs; this week she told a court that she was left "traumatized" and "depressed" by the conservatorship which she described as "abusive." 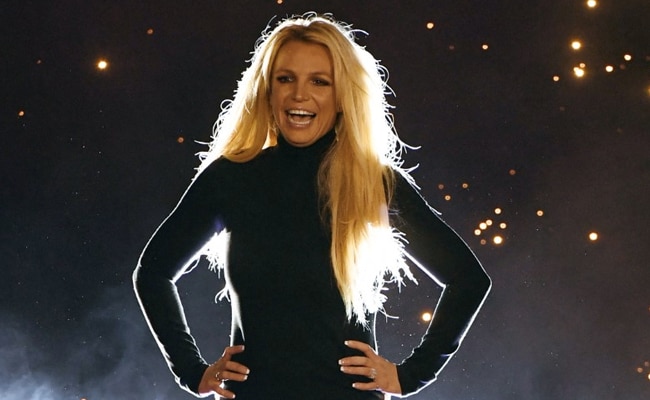 Singer Britney Spears, in the news this week for an emotional court appearance challenging her father's conservatorship, has shared an Instagram post in which she "apologizes for pretending (she's) been OK the past two years." Ms Spears, 39, is seeking to end her father Jamie Spears' control of her finances and other affairs; this week she told a court that she was left "traumatized" and "depressed" by the conservatorship which she described as "abusive." Internet chatter has questioned why Britney Spears gave no indication of emotional turmoil on her Instagram, which she actively updates with selfies and videos of her dancing. She explains in her new post that she put a brave face on Instagram because of "pride and (she) embarrassed to share what happened."

Britney Spears' post is a note appended to a quote on reading fairy tales to children attributed to Albert Einstein. "I believe as people we all want the fairy tale life and by the way I've posted, my life seems to look and be pretty amazing," Britney Spears wrote, "I'm bringing this to people's attention because I don't want people to think my life is perfect because it's definitely not at all... and if you have read anything about me in the news this week, you obviously really know now it's not."

"I apologize for pretending like I've been ok the past two years. I did it because of my pride and I was embarrassed to share what happened to me but honestly who doesn't want to capture their Instagram in a fun light," Ms Spears wrote, "Believe it or not pretending that I'm OK has actually helped so I decided to post this quote today because by golly if you're going through hell, I feel like Instagram has helped me have a cool outlet to share my presence, existence and to simply feel like I matter despite what I was going through and hey, it worked. So I've decided to start reading more fairy tales."

Jamie Spears has controlled his daughter's affairs ever since her public breakdown in 2008. Britney Spears, who has two children with ex-husband Kevin Federline, has been the subject of a #FreeBritney campaign by fans who argue that she should be allowed agency over her own life, pointing out that if she is considered fit to perform at concerts then she is fit to make her own decisions.

Britney Spears appeared in court this week via video; in her 20-minute address, she spoke emotionally about "wanting her life back" and revealed that she had been prevented from removing a contraceptive device from her body even though she wanted to have another child. "I'm not happy. I can't sleep. I'm so angry. It's insane," Ms Spears told the court, "I truly believe this conservatorship is abusive. I want changes, I deserve changes."

Britney Spears has received support from several celebrities after her court hearing, among them singer Mariah Carey and Ms Spears' ex Justin Timberlake who has faced extreme backlash for his perceived role in her struggle with mental health and personal affairs.