"Feeling blessed to get a chance to work with my father, brother again this time with my son," tweeted Sunny Deol 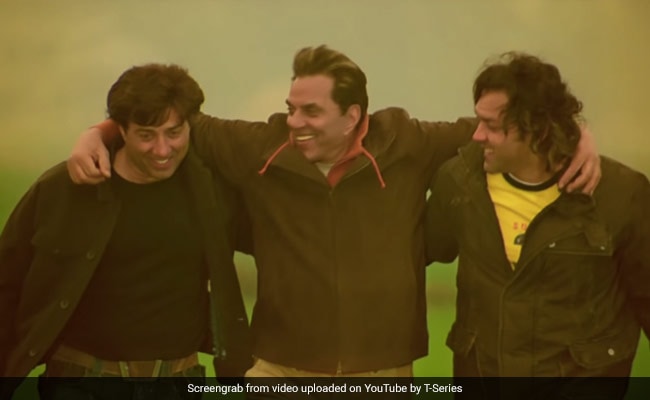 For the first time, three generations of Bollywood's Deol family will unite on screen for the second installment of the 2007 film Apne. Dharmendra, his sons Sunny and Bobby Deol, who featured in the first installment will also star in Apne 2, while Sunny Deol's son Karan Deol will also feature in the film. Sunny Deol as well as other members of the Deol family announced their association with the project by sharing posts on social media. "With the blessings of Babaji and your love, all of us will be seen together, again. Feeling blessed to get a chance to work with my father, brother again this time with my son. Apne 2, in cinemas Diwali 2021," tweeted Sunny Deol.

The film will be directed by Anil Sharma, who also helmed the first installment of the film. Apne 2 will be produced by Deepak Mukut. Karan Deol, who made his Bollywood debut with the 2019 film Pal Pal Dil Ke Paas (directed by Sunny Deol), said that this project is going to "extra special" for him as he will get to work with three members of his family.

Apne showcased the story of a former boxer, played by Dharmendra, who tried to reclaim his lost respect in the boxing community through his sons, played by his real life sons Bobby and Sunny Deol. The film also featured Shilpa Shetty, Katrina Kaif and Kirron Kher in pivotal roles. Other than Apne, Sunny, Bobby and Dharmendra have starred in the Yamla Pagla Deewana film series.