"Bhaagamathie wishes you a Happy New Year 2018," the makers tweeted 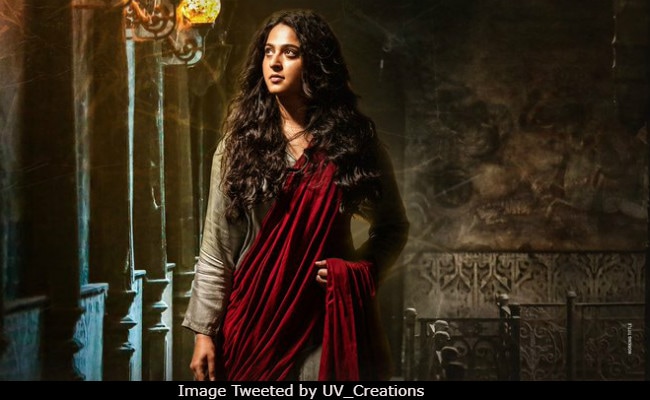 New Delhi: It was a great start to the New Years for fans of Anushka Shetty. The South actress treated her fans to a brand new poster of Bhaagamathie - her new movie - on the first day of 2018. Production house UV Creations, who co-produces the film, tweeted the new Bhaagamathie poster featuring the 36-year-old actress and said: "#Bhaagamathie wishes you a Happy New Year 2018. She Will See You Soon!" The actress has reportedly lost some 18 kilos to play the protagonist in the movie. Unlike the first poster, which featured a blood-stained version of Anushka, the new poster stars the actress in a toned down persona while the background features a dilapidated royal setting.

#Bhaagamathie wishes you a Happy New Year 2018.
She Will See You Soon!#NYWithBhaagamathiepic.twitter.com/6wKAicMA7G

Bhaagamathie is said to be a supernatural thriller and has already garnered a lot of interest after the first look was released last year - the first look featured an injured Anushka Shetty with a blood stained axe, unkempt hair and a rather cold expression on her face. The first look arrived on the actress' birthday eve. "She is coming! Presenting #BhaagamathieFL starring Anushka," is how the arrival of Bhaagamathie was announced.

Bhaagamathie began shooting in June last year and the cast of the film also reportedly includes Tabu. Directed by G Ashok, the trilingual film will release in Telugu,Tamil and Malayalam. In Bhaagamathie, Anushka Shetty also co-stars with names like Jayaram, Unni Mukundan and Aadhi Pinisetty.