"Who wants to be in my diet plan," she wrote 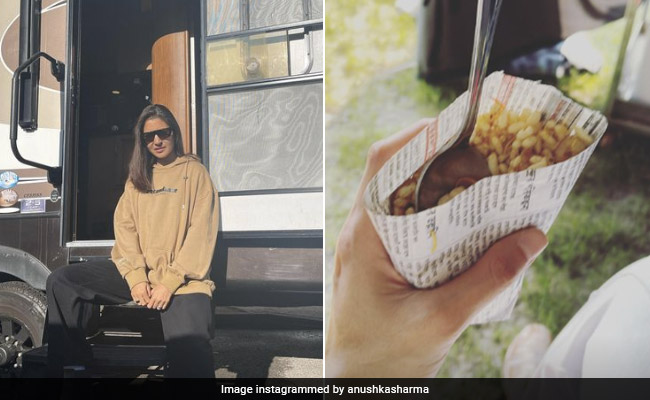 Anushka Sharma, who is currently shooting for her film Chakda Xpress in Kolkata, has a unique menu for her breakfast. On Friday, Anushka Sharma shared a few pictures and videos on her Instagram story, where she can be seen stopping for the famous Kolkata snack Jhalmuri and later for Guava. Sharing a video of the Jhalmuri vendor on her Instagram story, Anushka Sharma wrote, "Jhalmuri" with a star-eyed emoji and "Chakda Xpress Kolkata Schedule." In another picture, she shared a glimpse of Jhalmuri and in the third picture, the actor can be seen holding a few slices of Guava. Sharing the picture, she wrote, "Jhalmuri and amrood (Guava) for breakfast. Who wants to be in my diet plan?" 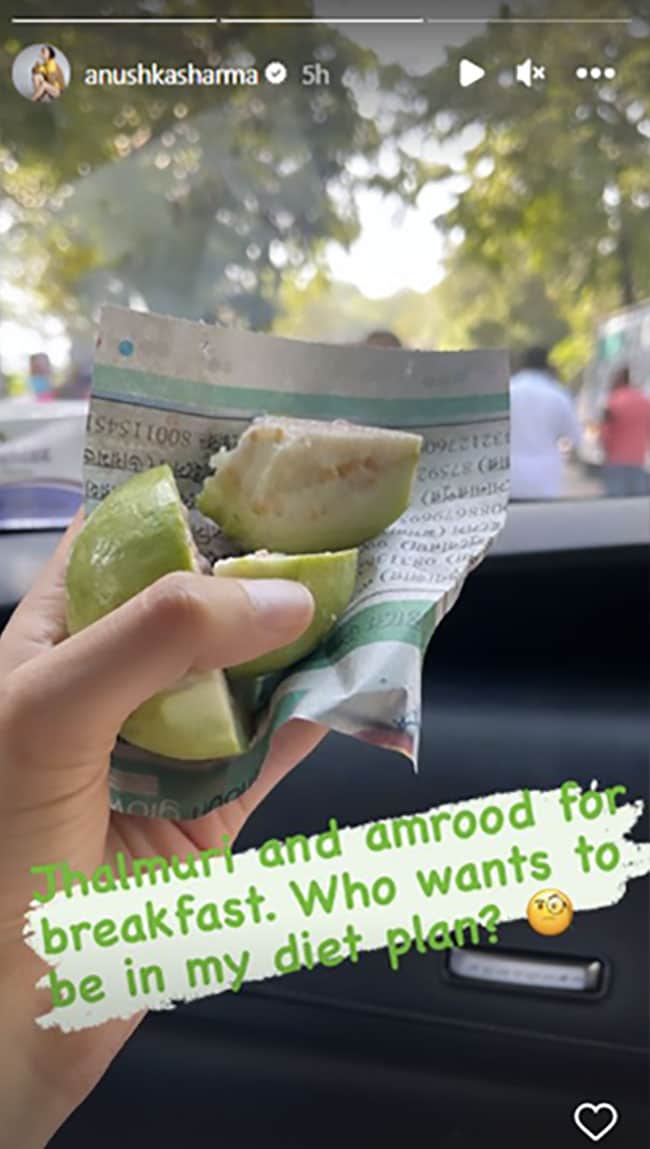 Recently, a few pictures of Anushka Sharma in short hair and a uniform from the sets of Chakda Xpress in Kolkata went viral on social media. Many of her fans shared her pictures on Twitter and various fan pages on social media.

Check out Anushka's viral pictures from the sets of Chakda Xpress here:

Today #anushkasharma at our Andul Rajmath for the shoot of #ChakdaXpresspic.twitter.com/uiGknJKGzF

Just a few weeks ago, Anushka wrapped her London schedule for the film and returned to India. Anushka shared many pictures on her Instagram stories from the sets of her film in London, keeping her fans updated.

Here is something she shared from London on her Instagram:

Anushka Sharma, in the past few months has shared several updates related to her film Chakda Xpress, where she is playing the role of cricketer Jhulan Goswami.

Check out a few pictures of Anushka as Jhulan Goswami:

Chakda Xpress, directed by Prosit Roy, is the biopic of Jhulan Goswami and it is all set to have a direct-to-OTT release next year on Netflix.