'Films led by female actors do not open to remarkable numbers,' said Anushka 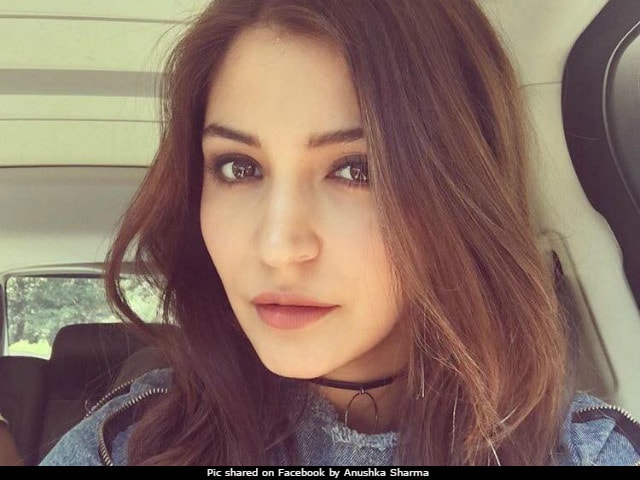 New Delhi: Much has been said about nepotism in Bollywood already, that's true. Now, Anushka Sharma could set the wheels rolling for another debate - gender inequality in Bollywood. The 29-year-old actress scored her maiden Bollywood film not only with Yash Raj Films but also a project starring Shah Rukh Khan. It was Rab Ne Bana Di Jodi in 2008, which got her the Filmfare Award nomination for Best Actress. Anushka is also one of those actresses, who has worked with all THE three Khans of Bollywood - Shah Rukh, Salman and Aamir - made an observation which has also been pointed out by several actresses before - "Male actors are better valued than us in Hindi cinema," she told mid-day.

Previously, Anushka had also joined the nepotism debate which resurfaced after Karan Johar appointed Saif Ali Khan and Varun Dhawan to take a dig at Kangana Ranaut for her branding of Mr Johar as the 'flag-bearer of nepotism'. Talking to IANS, Anushka said: "I have been launched by a banner like Yash Raj Films. They do not put anything before a new talent. That is their priority. So, I did not face such thing as nepotism. Having said that I think people can be treated differently in the same industry. And we should respect that." However, Anushka clarified, what she said about nepotism doesn't mean the ways of Bollywood can be hailed as absolutely fair. She explained and told mid-day: "Who said that the industry was fair? Talking of the gender divide won't make it go away."

"Films led by female actors do not open to remarkable numbers. A lot of us are trying to change that with the kind of work we do," mid-day quoted Anushka as saying, who owns the production house Clean Slate Films.

In a recent interview with PTI, Taapsee Pannu conveyed the something similar but in different words: "It is essential to work with actors or actress including Khans or not Khans as they have a higher market value. They have certain appeal with the masses and we will be able to get that attention from people, we gain from that."

Anushka Sharma, who recently experimented with her role as a ghost bride in Phillauri, said she's doing her part. "As an actor, what I can do is choose roles that send out a message. As producer, I am trying to foster a new value system that makes content king in the long run," she told mid-day.

Anushka Sharma is currently busy with the promotional duties of Jab Harry Met Sejal, co-starring Shah Rukh and releasing on August 4. Next on her roster is spooky thriller Pari, which will also be produced by her and the Rajkumar Hirani-directed Sanjay Dutt biopic.