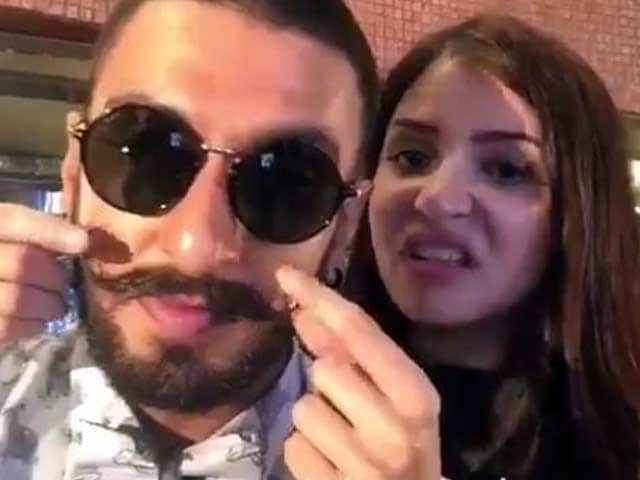 Ranveer and Anushka in a still from the video

Ranveer, who plays Maratha leader Peshwa Bajirao 1 in the period drama, tweeted a Dubsmash video of Anushka mouthing the dialogue, "Bajirao ne Mastani se mohabbat ki hai, aiyashi nahin." His caption, 'Bittoo Se Bajirao Tak,' is a reference to his debut film, the 2010 hit Band Baaja Baaraat, in which he played the role of Bittoo Sharma opposite Anushka as Shruti.

Bittoo se Bajirao tak :)) Presenting the One & Only @AnushkaSharma !! #BajiraoMastaniDubsmash#BajiraoMastanipic.twitter.com/vWGRNqJeXR

Anushka's video comes a day after actor Amitabh Bachchan made his Dubsmash debut with the same dialogue from Bajirao Mastani.

Now this .. is Epic !!! :))) the Biggest 'B' of all @SrBachchan#BajiraoMastanipic.twitter.com/AUhO1OJslC