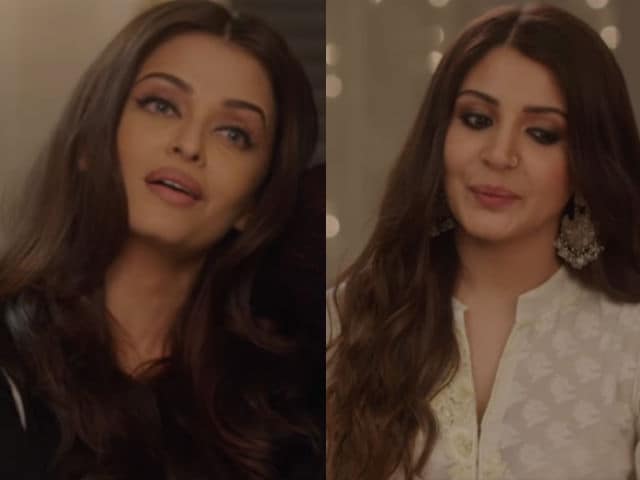 Mumbai: Filmmaker Karan Johar says contrary to popular perception, male stars have more differences among themselves than their female counterparts, and he admits making a two-hero film nowadays is a tough job.

"It's about two men in the film that is to think of. You can't afford two heroes and they also don't want to work with each other. It's a mess," Karan said during the panel discussion at the 18th Jio MAMI Mumbai International Film Festival.

Anushka, who along with Aishwarya accompanied Karan at the session, said that questions about two actresses working together have always been there.

She revealed that she has only one scene with Aishwarya in the movie, which is set to release on October 28.

"It was one scene, it's a powerful scene. These questions are constant (of heroines not getting along)," Anushka said.

Recalling an incident, which happened while she was abroad for an award function, the 28-year-old actress said Aishwarya made her comfortable.

"She was too good to me during an award function abroad. I was called for a party in Mr Amitabh Bachchan's suite. I was 21 then and was scared. But she was so warm to me. She kept on asking me if I am okay or not. She didn't need to do that but she did," the actress said.

Aishwarya, on her part, feels it was her duty to make Anushka confortable.

"She was shy, standing distant and uncertain. It was important to make her at ease and bring her in," Aishwarya, 42, said.

Meanwhile, the refusal of two actors unwilling to work together is the reason why Karan feels his impending collaboration with Rohit Shetty on the remake of Ram Lakhan might never happen.

When asked about Rohit's comment that Ram Lakhan remake can't be made as two heroes don't want to work with each together, Karan said, "You can't make the film as two heroes will not work together. The role of Lakhan will be considered as a larger part and the character of Ram will be insecure of Lakhan."

"I would say, why get into this? Either make Ram or Lakhan, you can't make both. It's not the age to make multi-starrer films or two-hero films," he added.