Anushka Sharma And Virat Kohli, We Love You Just Like This 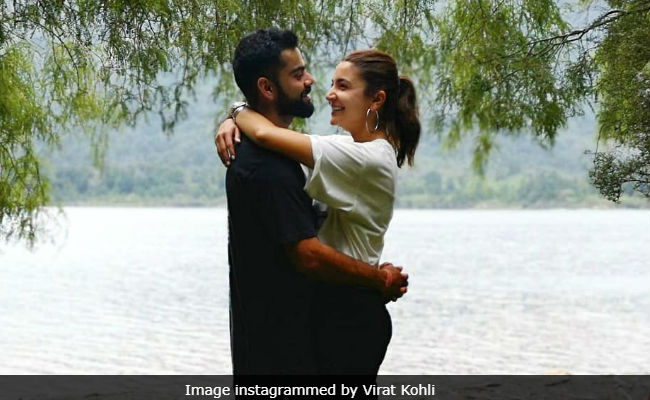 Have you seen Virat Kohli's latest Instagram post? It's just so, so adorable. The picture features Virat with wife Anushka Sharma by a lake and the couple hold each other and smile. What's that puddle on the floor? Oh, it's your heart. Virat didn't post the loved-up picture with any caption, just a simple heart emoticon said it all. In just a few minutes, their picture was liked over 5 lakh times (and very much counting). Virat Kohli and Anushka Sharma are currently vacationing in an undisclosed location. They were in New Zealand till earlier this week, where the Indian cricket team was playing an ODI series. Virat had been rested for the last two ODI's against New Zealand and the T20I series too.

Earlier this week, Anushka, in an Instagram post, revealed that she and Virat are holidaying just a 'breath away from bliss.' Here's the picture she shared.

You're only always one breath away from Bliss ...

"Away we go," wrote Virat Kohli for a picture of them flying to their holiday destination.

From New Zealand, Anushka Sharma also shared some postcard-worthy pictures with her Instafam. "Moving at the pace of nature," she wrote.

Moving at the pace of nature ...

Here's how she checked in to New Zealand: "No filters needed."

Anushka Sharma and Virat Kohli married in December 2017 in Italy. Their wedding was an extremely private affair with only families and close friends in attendance.

On the work front, Anushka Sharma was last seen in the Zero, in which she co-starred with Shah Rukh Khan and Katrina Kaif.