Can you spot Anushka and Sakshi in these photos? 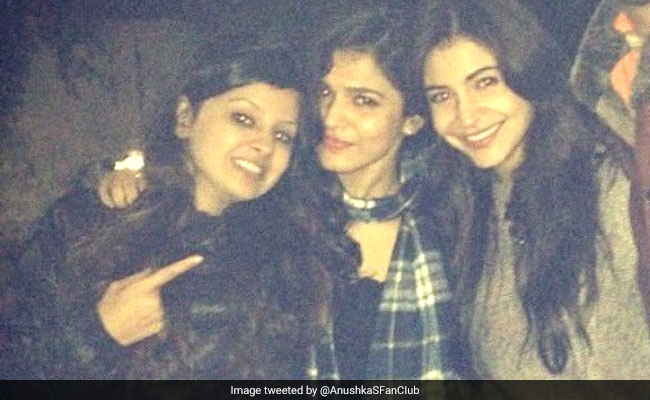 Did you know Anushka Sharma and Sakshi Dhoni were schoolmates? On a sudden whim, the Internet has fished out a couple throwback photos, featuring Anushka and Sakshi and netizens are having a field day. It appears that the old photos were originally curated by fan-clubs some time in November but have resurfaced yet again recently. Two of the photos are really, really old and appear worn out, in which baby versions of Anushka and Sakshi can be seen from their school days. Looks like Anushka Sharma and Sakshi Dhoni attended the same school in Assam - St Mary's School - which they were reportedly unaware of till they met at a promotional event few years back.

Can you spot Anushka and Sakshi in these photos? In the second photo from the collection, the Internet has identified the little one dressed as a fairy to be Sakshi while the one in the extreme right appears to be Anushka.

As per a report in India Today, both Anushka and Sakshi discovered they were schoolmates in primary when during a launch event in 2013. "Sakshi and I lived together in a very small town in Assam. When she told me where she lived, I said wow, I have lived here too! She said I went to this school, I said I went to this school too," India Today quoted the actress as saying.

In the same event, Anushka had also mentioned the old photo, which is now crazy viral and said: "And then I found a picture in which Sakshi is dressed as a fairy and I'm dressed in a ghaghara like my favourite idol Madhuri. Sakshi is extremely funny."

Sakshi Dhoni is the wife of Indian cricketer MS Dhoni while Anushka Sharma and Virat Kohli married in 2017. Sakshi and Anushka frequently move around in the same circle with their respective husbands.

On the work front, Anushka Sharma was last seen in Zero.