Anusha Dandekar and Karan Kundra hilariously troll "rishtedaar" who ask, "When are you getting married?" 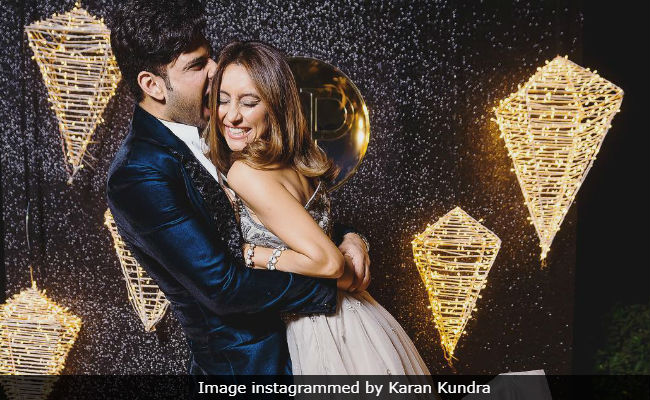 Single people attending family weddings can totally relate to Anusha Dandekar and Karan Kundra's similar posts about shaadi. The couple trolled wedding guests who just want to know, 'When the next wedding is?' Anusha, whose sister Apeksha Dandekar married actor Abhishek Sharma recently, Instagrammed a picture of herself away from the hustle-bustle of the wedding festivities and captioned it: "When your sister gets married and everyone keeps asking when's yours." She added a wink emoticon and one exasperated emoji to the post too. On his Instagram page, Anusha's boyfriend Karan Kundra posted a photo of himself and wrote: "When 'rishtedaar' ask you when you are getting married? And I'm like 'thank you.. next'!"

When your sister gets married and everyone keeps asking when's yours... Outfit: @papadontpreachbyshubhika Jewels: @radhikaagrawalstudio

When 'rishtedaar' ask you when are you getting married?! And I'm like 'thank you.. next!' thank you @punitarora.in bro for this fantastic outfit and the god level speed at which it was made and sent.. will tell y'all about that in my next live!

Apeksha Dandekar, who is a playback singer (Jatt Jaguar and Beparwah), married Nimki Mukhiya actor Abhishek Sharma as per Maharashtrian traditions. Actor Farhan Akhtar, who is dating Apeksha's sister Shibani, was among the attendees. It was a close friends and family-only event.

Meanwhile, Anusha Dandekar and Karan Kundra have been dating for quite a few years now and they've co-hosted two seasons of reality show Love School. Anusha Dandekar had been on the receiving end of several hate comments for dating Karan Kundra, who earlier dated his Kitani Mohabbat Hai co-star Kritika Kamra. "Trolls want us to break up because they love Kritika and Karan together. They were in a TV show. They looked great. They were everybody's love," she told news agency IANS in an earlier interview.

Anusha Dandekar has also featured in films such as Viruddh and Anthony Kaun Hai.