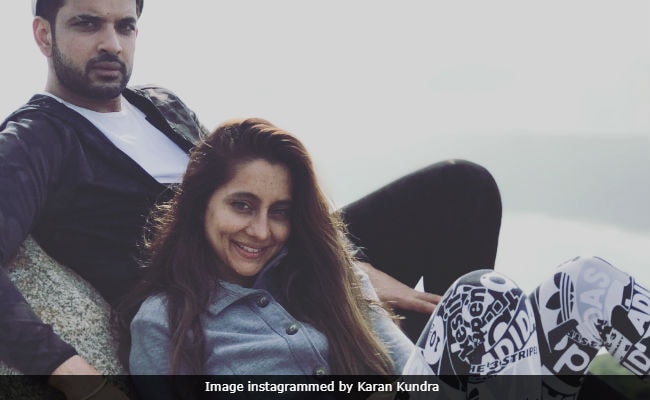 New Delhi: Actor Karan Kundra, who have been dating Anusha Dandekar for more than three years now, says that co-hosting Love School, a reality show for couples, helped 'strengthen their bond." Karan and Anusha co-hosted the second season of the show, which aired in 2016. Love School is returning for the third time and so are Karan Kundra and Anusha Dandekar. In a statement Karan said: "Another season of Love School with my lady luck... We could not ask for more as we get more time to spend with each other. I am very glad to be a part of this show as schooling young lovers has also helped strengthened our bond," reports news agency IANS.

Karan Kundra, who has featured in show like Kitani Mohabbat Hai and Yeh Kahan Aa Gaye Hum added that as a couple, they are secure in their relationship. Karan told IANS that the new season of Love School will have many twists. "With an exciting twist this season, the couples will have to survive the test of time and only the strongest bonds will survive," he said.

There's another twist in Love Games 3 - for the first time eligible singles will be a part of the couples show. "This time, we will also have a batch of enthusiastic singles who are willing to find love with no past strings attached. So, my only advice to people will be to retrospect their relationship and make sure their partners do not slip away too easily," said Anusha, who featured opposite John Abraham in Viruddh.

Promoted
Listen to the latest songs, only on JioSaavn.com
Apart from television shows, Karan Kundra have featured in films such as Mubarakan and 1921 Anthony Kaun Hai and Hello.