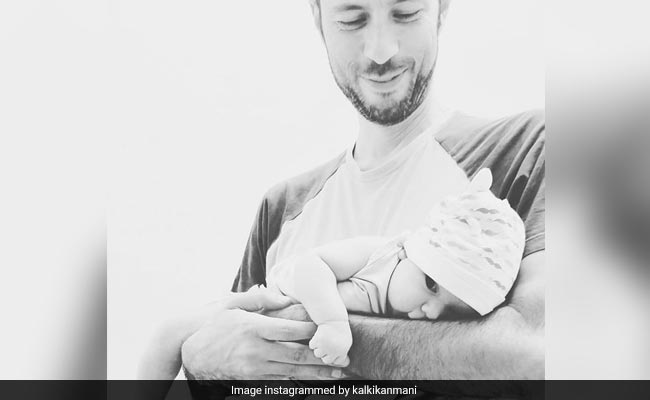 Our drab Wednesday morning just got slightly better, thanks to Kalki Koechlin's latest Instagram entry. The 36-year-old actress shared a priceless photograph of her boyfriend Guy Hershberg and their daughter Sappho. In the grey scale picture, baby Sappho can be seen curled up in her father Guy Hershberg's arms as he lovingly looks at her. Just like us, Kalki's Instafam also loved the photograph and that reflects in the comments on her post. Kalki's ex-husband and filmmaker Anurag Kashyap also commented on the picture. He wrote: "Aww." 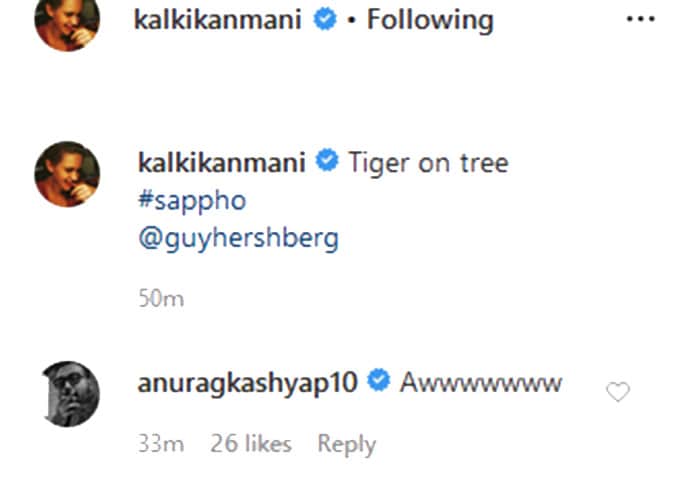 In an interview with Mumbai Mirror, last year, Kalki said that Anurag Kashyap, on learning about her pregnancy, welcomed her to the "parents club" and told her to call if she needed anything. Kalki Koechlin, who made her Bollywood debut with DevD in 2009, married the film's director Anurag Kashyap in 2011. The couple got divorced in 2015. Kalki has worked with Anurag Kashyap in the 2011 film That Girl In Yellow Boots and she also starred in Netflix's Sacred Games 2, which Anurag Kashyap co-directed with Neeraj Ghewan.

Kalki and her boyfriend Guy Hershberg shared the news of baby Sappho's arrival in a super cute Instagram post last month. "Please welcome Sappho. Born 07/02/20. She just spent 9 months wrapped up like a momo in my uterus. Let's give her some space. Thank you for all the good wishes and positive energy pouring in," read an excerpt from her post.

Please welcome Sappho. Born 07/02/20. She just spent 9 months wrapped up like a momo in my uterus. Let's give her some space Thank you for all the good wishes and positive energy pouring in. And respect to all the women who go through the intense and gruesome experience of birth, be it vaginal or c section, so many of whom are not given credit or support for the biggest challenges they face, but are expected to do it out of some kind of duty. The process takes a huge toll both psychological and physical and should have the backing of an entire community to truly heal. And a reminder to each and every human being of where we started, being formed from tiny molecules to conscious, beautiful beings. We are survivors of the biggest battle, the one for life and existence, and should treat ourselves and others with that love and respect. "Some say an army of horsemen or infantry, A fleet of ships is the fairest thing on the black earth, but I say It's what one loves." Sappho circa 600BC

Kalki Koechlin has starred in films such as Margarita With A Straw, Yeh Jawaani Hai Deewani, Zindagi Na Milegi Dobara, Shaitan and That Girl In Yellow Boots among many others. She also featured in the web-series Made In Heaven.

Gudi Padwa: Shraddha Kapoor Got It From Her Mama And Grandmama