Anurag Kashyap Is Trending On Twitter. Because, Kangana Ranaut And Ranvir Shorey

Anurag Kashyap ranged himself on the side of Taapsee Pannu and Swara Bhasker, whom Kangana dismissed on nation TV as "B-grade actresses" 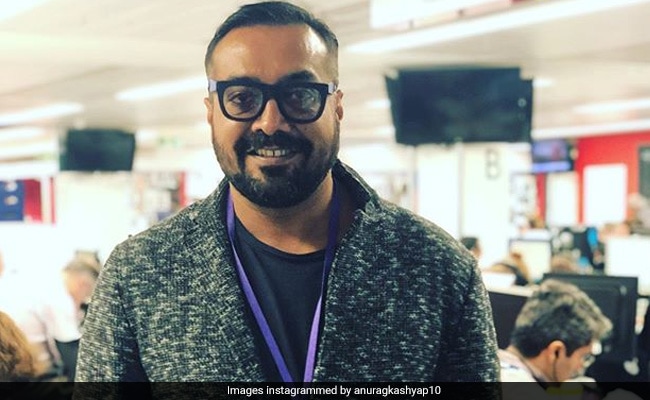 A second front line in the Kangana Ranaut vs Taapsee Pannu-Swara Bhasker hostilities has appeared on Twitter. Filmmaker Anurag Kashyap is trending furiously for calling Kangana a 'former friend who he doesn't recognise any longer' and for taking exception to a post from actor Ranvir Shorey accusing of "independent-film-crusaders" of having become "mainstream-Bollywood-flunkies." Anurag Kashyap, director of the Gangs Of Wasseypur series and other gritty films, ranged himself on the side of Taapsee Pannu and Swara Bhasker, whom Kangana dismissed on nation TV as "B-grade actresses" and "chaploos" or sycophants. He's been retweeting posts supporting the actresses and today, Anurag Kashyap waded into the trenches, so to speak.

In a thread with an old interview of Kangana Ranaut he described as "frightening", Anurag Kashyap wrote that the actress used to be a good friend but that he no longer knows "this new Kangana." In the interview, Kangana says those complaining of having been short-changed by her should instead be inspired to work harder - she names actor Sonu Sood, who quit her film Manikarnika, and writer Apurva Asrani, with whom Kangana wrangled over writing credit for 2017's Simran.

In a separate exchange, Anurag Kashyap challenged Ranvir Shorey to explain whose "flunky" he is. Ranvir noted that he hadn't actually named Anurag or anyone else as a sellout - the argument, such as it was, eventually exhausted itself. Read the entire thread here:

Do you really mean that @RanvirShorey . If you do please explain . Please say exactly what you mean and whose flunky is who? https://t.co/3NiuhFrVj7

How many people are you belittling when you say they are "distracting or changing the narrative"? Who are you to control the narrative? Everyone has the right to talk about their pain, just like you! And yes, your replies to me were unnecessary. I'm not here to make a spectacle. pic.twitter.com/SUUG1TLC6g

Twitter has, of course, reached for the popcorn, helpfully telling Anurag Kashyap in the comments thread that yes, it was indeed he that Ranvir Shorey was calling a flunky and that the watershed moment in his career - the moment he crossed over from independent crusadership to mainstream flunkiness - was 2015's ill-fated Bombay Velvet, in which he cast stars Ranbir Kapoor and Anushka Sharma as well as filmmaker Karan Johar, the eye of the storm that has been raging online ever since the death of actor Sushant Singh Rajput, allegedly by suicide.

Karan Johar, once called "the flag-bearer of nepotism" by Kangana Ranaut, has been shredded on social media for allegedly having conspired with other production houses to shut Sushant out of projects. KJo was also invoked again by Kangana in a recent TV interview in which she called Taapsee Pannu and Swara Bhasker "B-grade actresses."

In the interview, Kangana said, "I only have to lose here, because tomorrow they (referring to the 'movie mafia') will get some 20 needy outsiders like Taapsee Pannu and Swara Bhasker who will say 'oh only Kangana has a problem with Karan Johar, but we love Karan Johar.' If you love Karan Johar, why are you both B-grade actresses? You are better looking than Alia Bhatt and Ananya, you both are better actresses, why don't you get work? Your existence is a proof of nepotism. What are you telling me how happy you are with this industry?" In a separate interview, Kangana called both actresses "chaploos outsiders."

Taapsee Pannu and Swara Bhasker responded to Kangana Ranaut's comments on Twitter - read here. Both Taapsee and Anurag Kashyap tangled with Kangana's sister Rangoli Chandel last year. On her now-suspended Twitter account, Rangoli called Taapsee a "sasti copy" of Kangana after she neglected to name the actress specifically in an appreciation post for the trailer of her film Judgementall Hai Kya?

She also railed at Anurag for defending Taapsee and telling Rangoli she had "gone too far."