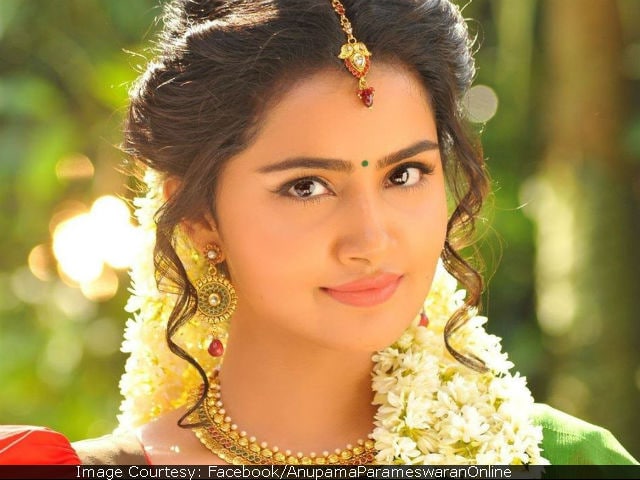 New Delhi: Actress Anupama Parameswaran, best known for her role in the 2015 Malayali film Premam, has been dropped from a film with Telugu star Ram Charan Teja, she told Times Of India. Anupama, 20, told TOI "I am not part of the Ram Charan film anymore. The formalities for the project were over and that's when I had announced the news via my social media account. However, I recently got a call and was told that I am not part of it. I am not aware of the reason, but it is their discretion." There were reports that the actress wasn't considered 'glamorous' enough. The film, which is yet to be named, is directed by Sukumar.

The TOI report quoted some sources from the industry as saying, "The team wants to sign a commercial heroine who can bring on a lot more of the glam factor to the project. As of now, Anupama doesn't suit the bill for the same, which is why she wouldn't be acting in it."

Anupama Parmeswaran debuted with Premam, which was a commercial hit at the box office. She was then seen in a cameo appearance in James & Alice with Prithviraj. She has also done a handful of Telugu films including, A Aa, where she co-starred with Nithiin and Samantha Ruth Prabhu.

Promoted
Listen to the latest songs, only on JioSaavn.com
Ram Charan Teja's most recent film Dhruva was a hit at the box office. He also produced his father, Telugu superstar Chiranjeevi's, comeback film Khaidi No 150 and made a special appearance in it.

Anupama Parmeswaran was last seen in the Telugu films Kodi, in which she played the lead heroine opposite Dhanush, and Shatamanam Bhavathi.