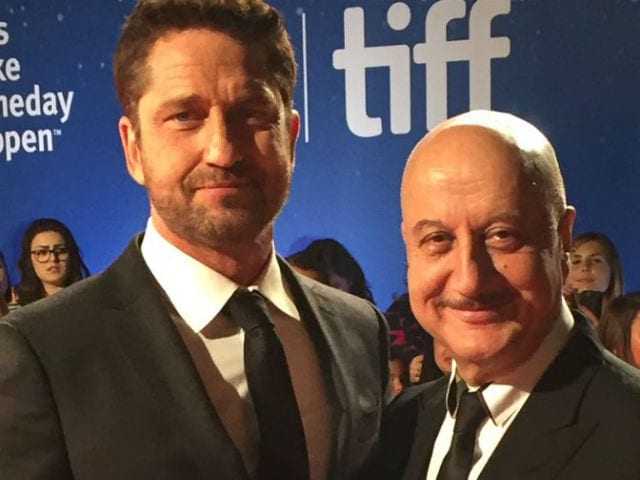 Starring Gerard and Willem Dafoe in the lead, The Headhunter's Calling is directed by Mark Williams and written by Bill Dubuque. It features Anupam in the role of an Indian-American pediatric oncologist.

Anupam shared some photographs from the red carpet ceremony, for which he was dressed in a black suit on Thursday on Twitter. They made the appearance on Wednesday night.

What an amazing night!!!! Sharing my red carpet moments at #TIFF16, Toronto for #TheHeadhuntersCallingpic.twitter.com/w02XHpSeeQ

Anupam, 61, was also ecstatic with words of praise from the film's director at the TIFF stage.

Proud moment wen director of #TheHeadhuntersCalling described me as "One of d Best Actors in d world" at #TIFF16.:) pic.twitter.com/lZEnRl8ese

Promoted
Listen to the latest songs, only on JioSaavn.com
The film also stars Alfred Molina, Alison Brie and Gretchen Mol.