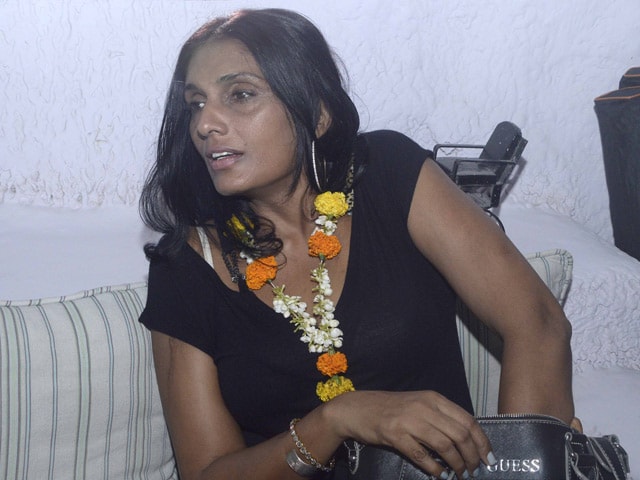 Anu Agarwal photographed at an event in Mumbai.

Mumbai: Aashiqui actress Anu Agarwal unveiled her autobiography Anusual and her debut film director Mahesh Bhatt praised her effort in sharing her interesting life story and its travails with courage.

"I really salute the audacity and spirit of Anu. It's very brave of you to put all that you've been through into a book and really walk away from it all. I think what you're doing today is extremely gratifying. And I'm privileged to stand here to talk about this very unusual girl who came into my life and made a film that still resonates in the hearts of the people of this country. She was unusual by the standards of the movie world when she made her foray into the world of movies," Mr Bhatt said at the book launch.

After "The Return of Jewel Thief, Anu vanished from the spotlight travelling to numerous places across the world and subsequently venturing into Yoga and spirituality. She had a near-fatal accident in 1999 which left her in coma for 29 days, post which the recovery process was a strenuous phase, which she has incorporated in the book. (Also Read: Dont Want to be a Pigeonholed Filmmaker: Mahesh Bhatt)

"Here is a girl who literally came back from the dead. But what is indeed more staggering for me is to see that this is really a happy ending. The stories that we craft on celluloid are very pale to what you've done in real life. So more power to you and I think your life is going to stagger us continuously because you got a lot of life in you," said Mr Bhatt.

The team of the film Aashiqui reunited at the event and the film's actors Rahul Roy and Deepak Tijori also lending their support to Anu. The 1990 love story is considered one of the best love stories in Bollywood and had made Anu Aggarwal a household name.