'Answered To Best Of My Knowledge': Richa Chadha In Tweet Exchange On Response To Rajkumar Hirani's #MeToo Allegations

As per a media report, Richa Chadha said that it's an "anonymous allegation" when asked about Rajkumar Hirani's #MeToo case 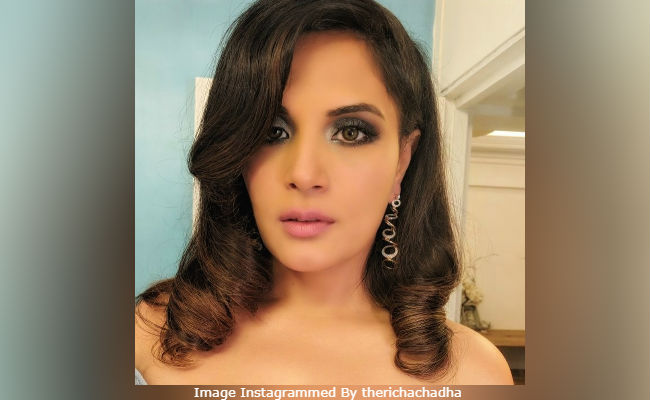 Richa Chadha's comment about the film industry's 'silence' over Rajkumar Hirani's #MeToo allegation, as published in India TV, didn't go down well with a journalist, who on Friday called out the actress on Twitter. As per the article, Richa, when asked if the industry was "quiet about Mr Hirani as he is a powerful director," she said, "It isn't power structure. I think everyone is tentative because they don't know the facts of the case. Legally, a publication is allowed to run a story because they vet it with their legal team. But it's an anonymous allegation." Quoting the report, the journalist tweeted to Richa Chadha and wrote, "How is the #MeToo allegation against Rajkumar Hirani anonymous? Her name and identity is known to all the people quoted in the story. Isn't this seeing, and then unseeing, because seeing means taking a stand?"

In her defence, Richa, who will be next seen in Shakeela, said that she 'answered to the best of her knowledge' and 'without context.' "I answered to the best of my knowledge the question thrown to me at a press event for my film, without context. I thought it was an anonymous allegation. Please do watch the entire answer before claiming that I don't take stands," read Richa's response.

However, the journalist didn't appear to be satisfied with Richa's answer and said that though she is not questioning her stand on #MeToo, but was curious to know why the actress said 'it's an anonymous account?'

To which, Richa added that perhaps people are silent as "no matter what is said, it can be misconstrued in this hyper normalised."

Rajkumar Hirani was outed in a #MeToo account by one of the crew members of his last-released film Sanju, who alleged that the filmmaker abused her for a period of six months. However, Mr Hirani denied all the allegations against him. Celebs like Dia Mirza, Arshad Warsi, Sharman Joshi, Boney Kapoor and Javed Akhtar have all vouched for him, saying that he is one of the 'most decent people in the film industry.'

Later, Richa also got a reply from writer-director Vinta Nanda, who has accused actor Alok Nath of raping her on the sets of Nineties show Tara. "I was one of the people on the CINTAA team that pleaded for the expulsion of Alok Nath and have been vocal at every instance," added Richa. She was also one of the first celebrities to have supported Tanushree Dutta on social media, when the actress had named and shamed Nana Patekar in her #MeToo account.

Meanwhile, news agency IANS reports that at an event related to her film Shakeela, when Richa was asked about her opinion on the #MeToo movement, she told the press, "I am happy that this movement took place and it is important to the cause of it. However, I feel that instead of the #MeToo movement being more about trial by media, it should be more trial by law, which is what will bring the truth to the cause. Instead of rumours, I feel it's more important to understand the actual cases and bring justice to them."