Anne Hathaway Was Miserable on Her Oscar Win 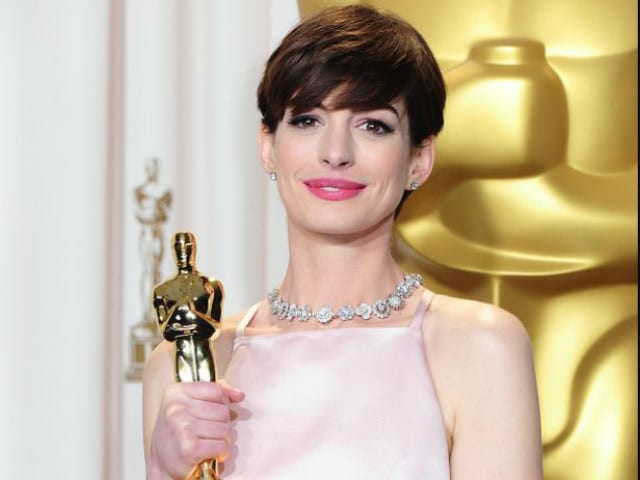 Los Angeles: Actress Anne Hathaway says she was not happy after winning the Oscar and was trying to fake her own happiness, reported ET online.

The 33-year-old actress won the Oscar for her playing prostitute Fantine in musical Les Miserables.

"I felt very uncomfortable. I kind of lost my mind doing that movie and it hadn't come back yet. Then I had to stand up in front of people and feel something I don't feel which is uncomplicated happiness. It's an obvious thing, you win an Oscar and you're supposed to be happy. I didn't feel that way," said Anne.

The actress said she felt awkward standing on the stage dressed in super expensive designer wear which may have cost more than the amount of money a poor man will see in his entire lifetime.

"I felt wrong that I was standing there in a gown that cost more than some people are going to see in their lifetime, and winning an award for portraying pain that still felt very much a part of our collective experience as human beings. I tried to pretend that I was happy and I got called out on it, big time. That's the truth and that's what happened," she said.

Promoted
Listen to the latest songs, only on JioSaavn.com
"But what you learn from it is that you only feel like you can die from embarrassment, you don't actually die," she added.