The film will release in Tamil, Telugu, Hindi, Kannada, Malayalam 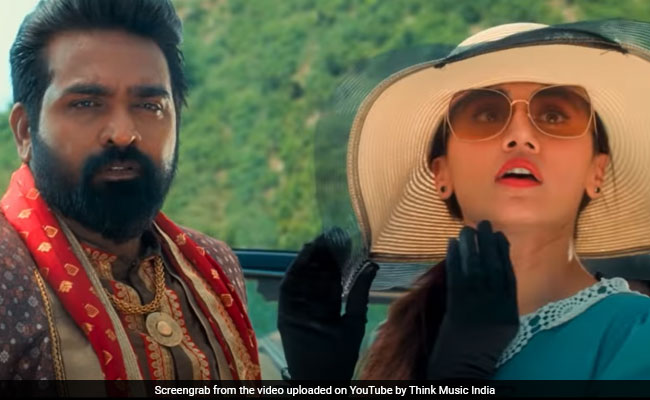 Vijay Sethupathi and Taapsee in the trailer. (courtesy: YouTube)

If you are a fan of the horror-comedy genre of films, we have a treat for you. The trailer of Annabelle Sethupathi, starring Taapsee Pannu and Vijay Sethupathi in the lead roles, released on Monday and it is trending big time. The trailer showcases the story of a king (played by Vijay Sethupathi), who built a castle in the 1940s for his lover Annabelle. Enter Jagapathi Babu, who has his eyes set on the architectural wonder, which happens to be haunted. However, Vijay Sethupathi refuses to sell it for it reminds him of his beloved. Forward to 2021, the king falls for a woman who bears an uncanny resemblance to Annabelle (Taapsee). What follows is a comedy of errors, what with a house full of ghosts trying to befriend Taapsee. The film has been directed by Deepak Sundarrajan and co-produced by Sudhan Sundaram and G Jayaram.

Check out the trailer of Annabelle Sethupathi here:

The film was largely shot in and around Jaipur. It also stars Radikaa Sarath Kumar, Yogi Babu, Vennela Kishore and Rajendra Prasad in pivotal roles. The film will release in Tamil, Telugu, Hindi, Kannada and Malayalam on September 17 on streaming platform Disney+Hotstar VIP.

Taapsee Pannu who was last seen in Vinil Mathew's Haseen Dillruba, starring Vikrant Massey, will next be seen in Shabaash Mithu, which will be based on the life of Indian women's cricket team captain Mithali Raj. Her line-up of films also includes Looop Lapeta, which is a Hindi remake of the German film Run Lola Run. She recently started her production venture called Outsider Films.