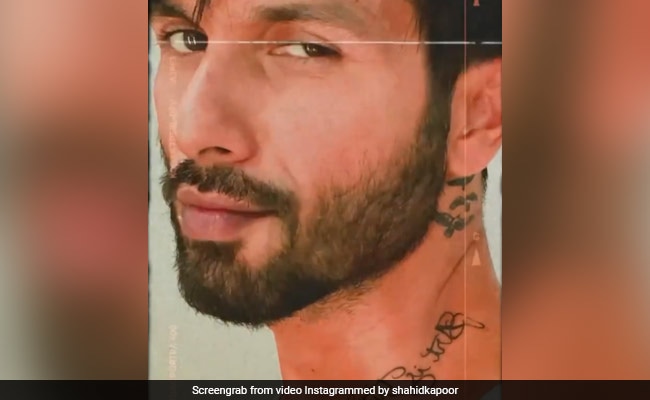 Shahid Kapoor shared update on his next project. (courtesy shahidkapoor)

Shahid Kapoor and his co-star Raashii Khanna occupied a spot on the list of trends, courtesy their latest Instagram exchange. Here's what happened. The actor shared an update on his new project. In his post, he revealed that he is looking forward to shoot with Vijay Sethupathi. "Waiting on set call me soon Raj and DK ... Can't wait to share the frame with Vijay Sethupathi," an excited Shahid wrote. He jokingly added, "Sorry Raashii Khanna I've got too used to having you around on set." Raashii replied to Shahid's post in the comments section with these words: "Ghar ki murgi daal barabar... Anyway, everything is excused for Vijay Sethupathi Sir. I had similar emotions today! Ask Raj and DK." 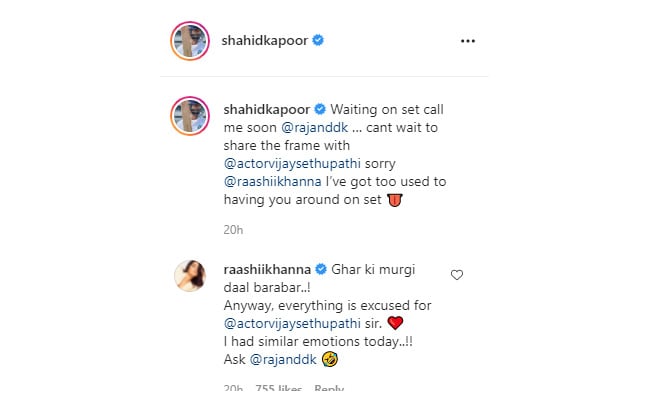 This is what Shahid Kapoor posted: