Annaatthe Trailer: Rajinikanth Is Back In Action As A Brother Bent On Revenge 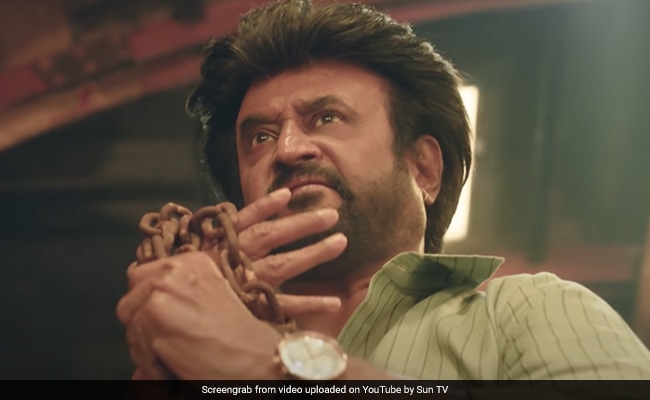 Annaatthe trailer: Rajinikanth in a still from the film. (Image courtesy: YouTube)

We are excited. Because Rajinikanth is back in action mode and we are loving every bit of his new film Annaatthe trailer. The superstar plays the role of a loving and protective brother of Keerthy Suresh and the love interest of Nayanthara in Siva's old-school village drama. The trailer of Annaatthe released on Wednesday evening, a few hours after Rajinikanth visited Prime Minister Narendra Modi and shared photos with him on social media but more on that later. Now, the trailer might make you think that Annaatthe is just like every other brother-sister relationship drama that we have been seeing since the Eighties and the Nineties but Rajinikanth's action-packed fight sequences make it altogether a special film. Bonus - Rajinikanth just being Rajinikanth while delivering punchlines in his own awesome way.

The film showcases the story of Kaalaiyan (Rajinikanth), who is a family man, loved by everyone in his village. He will do anything to protect his younger sister (Keerthy Suresh) but soon she leaves his house after her marriage. He leads a normal life with his family until one day, a goon (played by Jagapathi Babu) enters and disrupts their lives. Kaalaiyan now embarks on a journey of revenge.

Annaatthe is directed by Siva and produced by Kalanithi Maran. It also stars Prakash Raj, Meena, Khushbu, Vela Ramamoorthy, George Maryan and Kabali Vishwanath, among others.

Watch the trailer of Annaatthe here:

A couple of hours before Annaatthe trailer released, Rajinikanth, who flew to Delhi to receive his Dadasaheb Phalke Award at the 67th National Film Awards on Monday, posted pictures of himself and his wife Latha from their meeting with Prime Minister Narendra Modi and President Ram Nath Kovind. Take a look:

Coming back to Annaatthe, Dhanush gave a big shout-out to his father-in-law. He tweeted this on Wednesday evening: "Annathe!!! Vintage rajinism!!! So excited to see thalaivar in muthu, arunachalam, padayappa vibes. Can't wait to see his magic on screen yet again. Vaa saami!! This Diwali...STORMING THE THEATRES."

Annathe !!! Vintage rajinism!!! So excited to see thalaivar in muthu, arunachalam , padayappa vibes. Can't wait to see his magic on screen yet again. Vaa saami !! This Diwali STORMING THE THEATRES

Annaatthe is set to release on Diwali (November 4) this year.