Ankita Lokhande's OOTD Is A Saree She Wore On Pavitra Rishta In 2014. See Pics

In both the photos, which are six years apart - 2014 and now - Ankita can be seen wearing the same blue saree 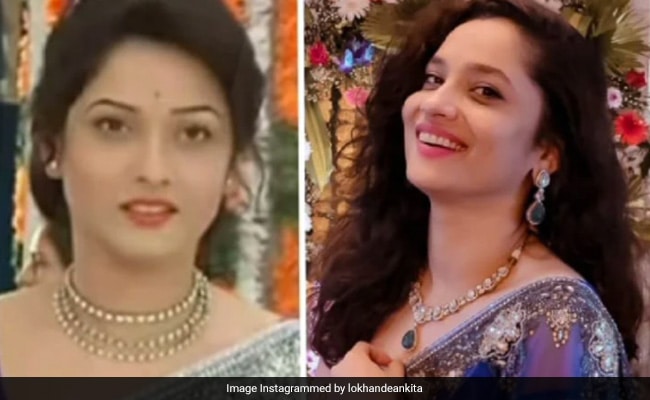 Ankita Lokhande took a trip down memory lane to 2014, the last in which Pavitra Rishta aired for the last time. Ankita Lokhande, who starred in the widely popular TV show and has also reprised her role in the second version, shared a then-and-now photo on her Instagram stories. In both the photos, which are six years apart - 2014 and now - Ankita can be seen wearing the same blue saree she wore for the first season of Pavitra Rishta. "Same saree, same me. Only the time has changed," she captioned her Instagram story. Ankita sports two different looks in the then-and-now photos but she still pulls off the signature Archana look that Pavitra Rishta fans are crazy about. 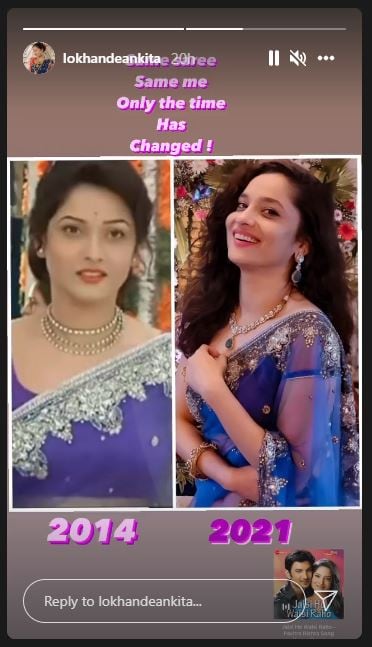 Sharing more photos of her saree look, Ankita Lokhande wrote a post about inheritance and legacy:

Last year, Ankita Lokhande shared an emotional post on Instagram as she stumbled upon a few sarees she had worn in Pavitra Rishta. "I clearly remember when I used to buy sarees from Calcutta for Pavitra Rishta on my own. I used to sit with the stylist and always tried to create something beautiful for all the Pavitra Rishta fans. Very nostalgic today after seeing these sarees after so long. So, thought of sharing," Ankita added.