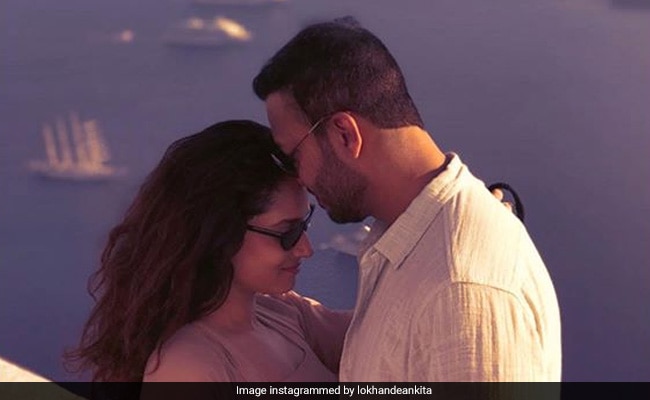 TV actress Ankita Lokhande posted a super mushy albeit cute post for her boyfriend Vicky Jain, on her Instagram profile. Ankita posted an adorable photograph with Vicky. She wrote: "Tell me something, are you happy in this modern world, or do you need more? Is there something else you're searching for? I'm falling, in all the good times I find myself, longing for change and in the bad times I fear myself. Tell me something, boy, aren't you tired trying to fill that void or do you need more? Ain't it hard keeping it so hardcore? I'm falling in all the good times," read an excerpt from her post.

Vicky Jain frequently makes appearances on Ankita's Instagram profile. Ankita, in an interview with Bombay Time earlier, said, "He is a very nice guy. He is a businessman from Bilaspur. Yes, I am in love and you will get to know about it when the time is right." Ankita Lokhande previously dated Sushant Singh Rajput, with whom she featured in TV show Pavitra Rishta. They parted ways in 2016. Meanwhile, Sushant is said to be dating Mere Dad Ki Maruti actress Rhea Chakraborty.

Ankita Lokhande, who made her debut in Bollywood with Kangana Ranaut's 2019 period-drama Manikarnika: The Queen of Jhansi, became a household name after she portrayed the role of Archana in the popular television show Pavitra Rishta.

She has also featured in TV shows such as Ek Thhi Naayka, Shakti - Astitva Ke Ehsaas Ki among others. She was last seen in Baaghi 3 which stars Tiger Shroff, Shraddha Kapoor and Riteish Deshmukh in pivotal roles.