"Sweeping her off her feet since 2010," wrote Rohit Reddy 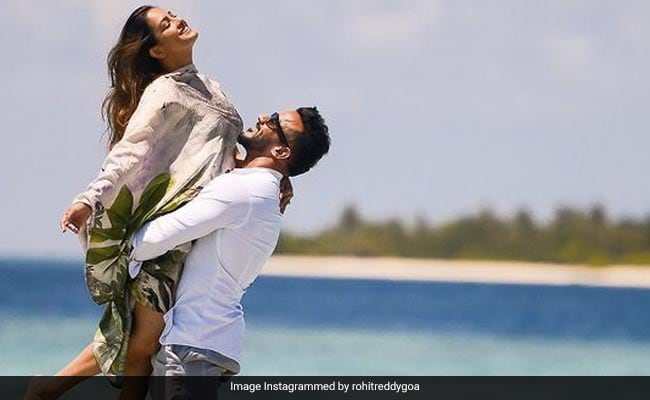 Done with the hills, TV star Anita Hassanandani and her husband Rohit Reddy are now holidaying on an island. The couple, who were on a holiday in Himachal Pradesh last month, checked into the island nation of Maldives a few days back and they have actively been sharing pictures from their getaway. Sharing a super cute picture with wife Anita, Rohit wrote: "Sweeping her off her feet since 2010." He also shared a happy picture with Anita and their son Aaravv and he captioned it: "LaFamilia." The actress too dropped picture-perfect moments from their holiday.

Anita too posted pictures of herself, dressed in beachwear and she wrote: "Dear self, I know you're doing the best you can. I believe in you. Keep going. Love me."

Some more posts from their Maldives diaries:

Anita Hassanandani married Rohit Reddy in the year 2013. She is best known for starring in popular TV shows such as Ye Hai Mohabbatein, Kabhii Sautan Kabhii Sahelii and Kkavyanjali, to name a few. She has also starred in movies like Kucch To Hai and Krishna Cottage. Anita was last seen in a brief appearance in the TV show Naagin 4. She played the role of Vishakha Khanna.