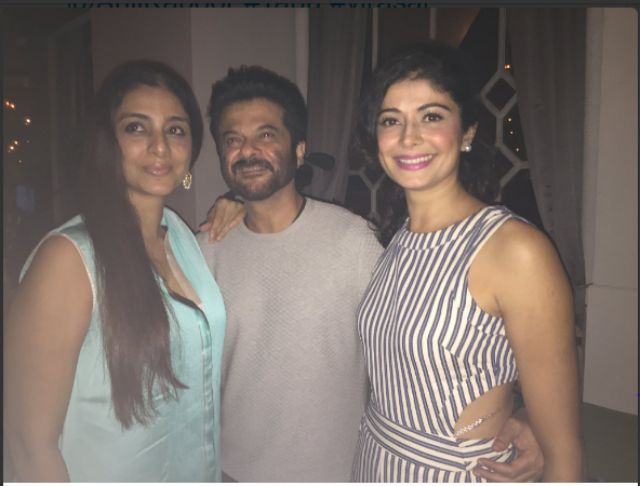 This photograph was posted on Twitter by Pooja Batra

New Delhi: Anil Kapoor, who is busy with film schedules and the latest season of the Indian adaptation of 24, recently posted a photograph on by Instagram which is sure to get every non-millennial very nostalgic. The actor was photographed with his co-stars from the hit 1997 movie Virasat, actresses Tabu and Pooja Batra.

Anil, Tabu and Pooja were amongst the host of stars who attended PR professional Rohini Iyer's birthday celebrations on Tuesday night, and it was here that they were pictured having a mini reunion.

Additionally, Mr Kapoor wrote that meeting them was like revisiting old memories and that Virasat will remain one of the 59-year-old actor's favourite films.

Actress Pooja Batra was equally thrilled, tweeting another photograph (seen above) from the party, calling her co-stars from the film her "A-Team."

Virasat, which was the Hindi remake of Kamal Haasan's National Award-winning Thevar Magan, starred Anil Kapoor as the student who returns to his ancestral village and becomes a powerful landlord. The film won immense critical acclaim and is widely considered to be a modern classic.