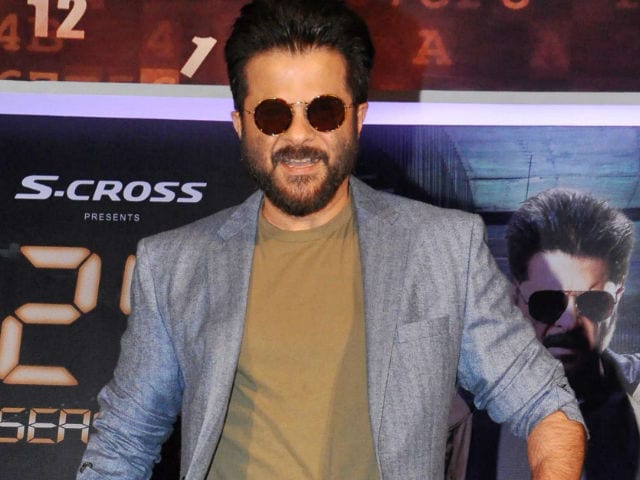 Anil Kapoor photographed at an event to launch the first look of 24 in Mumbai.

New Delhi: Bollywood actor Anil Kapoor, who is returning as Jai Singh Rathore in the second season of TV show 24, is all set to join cyber security specialists or ethical hackers community at Ground Zero Summit in New Delhi on November 5.

"I am playing anti-terrorist unit chief. The whole show is about hackers, RAW, national security. I just wanted to get as much knowledge as possible so I am coming to meet the hackers and interact with them. It will be very exciting to meet them," he told PTI in an interview.

Mr Kapoor, 57, made his television debut with the Indian adaptation of the hit international TV series 24. "First season was about trying to protect the prime minister of the country but second season is more about protecting the nation," he said. (Also Read: 24 is a Life Changing Show, Says Anil Kapoor)

He is special guest at the Ground Zero Summit 2015 being organised by Indian Infosec Consortium - a group of ethical hackers.

"Threat to national security has moved to the digital dimension. Terrorist organisations have turned social networks and online forums into recruitment hotbeds and propaganda mechanisms. We need a security apparatus in the digital space to address this threat. Hackers are the face of this digital army."

The actor said he is bringing his whole team including scriptwriters of the show to observe and interact with the ethical hacker community. (Also Read: Tabu Has Shown Interest in 24, Says Director )

"From November 22, I will start shooting for 24. It will go on air in 2016. When an actor prepares for a role, we often start to live like the character. Some call it method acting. We meet real life people like the character and try to understand their nuances, their life," he said.

As per the summit's website, speakers will share details of the espionage mission as well as hold sessions on hacking of cellular networks, medical devices in hospitals, using technical loopholes in them.

The consortium claims to have discovered cyber espionage operation under which phones of Indian Army personnel, who had downloaded some mobile application related to news, had been compromised by hackers based in Pakistan.

IIC CEO Jiten Jain has said that the findings were handed over to security agencies who promptly acted and sanitised the infected handset early this year.