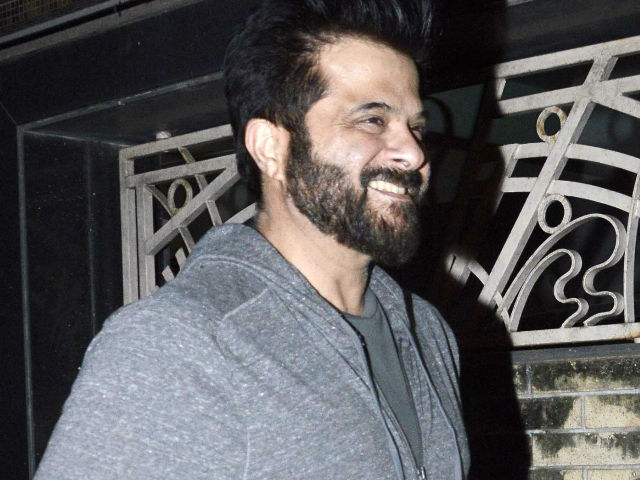 Anil Kapoor photographed outside his residence in Mumbai.

New Delhi: Actor Anil Kapoor does not think that returning awards to protest against the rise in intolerance in the country is justified.

The 24 star feels intolerance has always existed in the country and is not happening for the first time. Many writers and filmmakers including director Dibakar Banerjee have returned their National Awards and other government honours. (Also Read - Bollywood Divided: 9 Actors Who Don't See the Point in Returning Awards)

When asked if it is right to return the awards, Mr Kapoor said," No, I don't think so."

The debate stirred up after superstar Shah Rukh Khan, on his 50th birthday, came out strongly against what he called "extreme intolerance" in the country and said insularity towards creativity and religion will hurt the country. (Also Read: Intolerance is Increasing, But Won't Return Awards, Says SRK)

Mr Kapoor, 58, who was in New Delhi to meet Union Home Minister Rajnath Singh, to take measures for cyber protection, said he has not heard Shah Rukh's comment.

"I haven't heard what he (Shah Rukh) has said. As far as I know him, I don't think that there would be any such thing in his mind. My stand is this thing (intolerance) is not something that's happening only in this government or in the previous government. We have been telling this irrespective of whether it was the Congress government or the BJP that we should live together in harmony," said Mr Kapoor. (Also Read: Shah Rukh Khan is an Icon, #IStandWithSRK, Tweets Film Fraternity)

Many BJP MPs slammed Shah Rukh over his remark, with Yogi Adityanath comparing him to Pakistani terrorist Hafiz Saeed.

Actor-filmmaker Anupam Kher came out in support of his Dilwale Dulhania Le Jayenge co-star, saying politicians should "stop talking rubbish about him".

Some members of the BJP really need to control their tongue & stop talking rubbish about @iamsrk. He is a national icon & We r PROUD of him.

Meanwhile, Salman refused to be drawn into the debate over BJP leaders' attack on Shah Rukh. His Prem Ratan Dhan Payo co-star Sonam Kapoor said, "Anything that is intolerant or that is said without complete evidence is unacceptable".