Anil Kapoor May Bring Another American Show to India 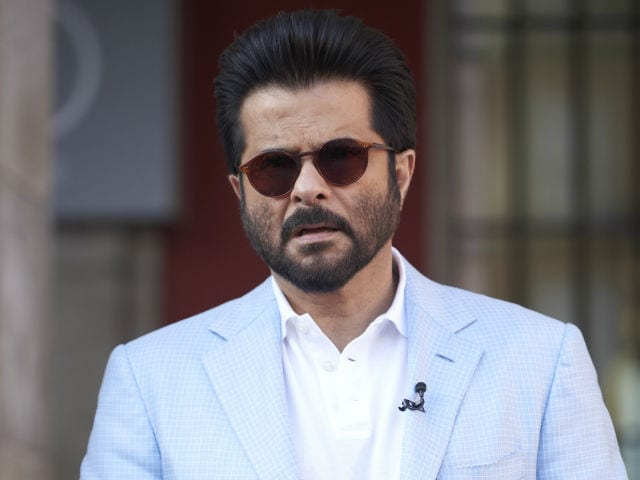 Anil Kapoor photographed at an event in Spain.

Mumbai: Having adapted the American drama show 24 and shown interest in making a TV version of Modern Family for viewers here, Bollywood actor Anil Kapoor has hinted at working on yet another American show.

Mr Kapoor bought the official rights of 24, the first season of which was launched in India in 2013. He has also collaborated with the makers of Emmy-winning series Modern Family for television viewers here.

"There is something else as well that I am doing after Modern Family. We are working on it. I can't reveal anything at the moment," he told PTI. (Also Read: Anil Kapoor Says the West is 'Way Ahead of Us' in Television )

In 2008, the 59-year-old actor was seen in Slumdog Millionaire, a British drama film directed by Danny Boyle. He was also seen in Mission: Impossible - Ghost Protocol (2011), an American action spy film.

To a query on when he would do another Hollywood film, he said, "Give me a month's time, there is something that will be announced."

Following an overwhelming response to the first season of 24 from Indian viewers, the Mr India actor is now working on the second season of the show.

"When you do something that has international aesthetics you raise the bar, as you have to be appealing not only to Indian audiences but those who stay outside India," he said.

"We want to deliver something that is of international standard, so it's taking time. We have raised the bar with season two of 24," Mr Kapoor said.

In the last season of the show, Mr Kapoor's character saved the life of the future Prime Minister and in the second season he has the responsibility of protecting the nation.

In season two, the Pukar star will reprise his role of ATU chief Jai Singh Rathore.

24 is a real time finite espionage series which traces the life of Anti-Terrorist Unit (ATU) Chief Jai Singh Rathore as he battles the odds in the line of duty during the course of 24 hours.

When asked about the status of the Indian version of Modern Family, a mockumentary that follows the lives of Jay Pritchett and his family all of whom live in suburban Los Angeles, Mr Kapoor said, "We are working on it. It's important to get the right casting. If I don't get anyone apt for the show, I will be part of it," said.