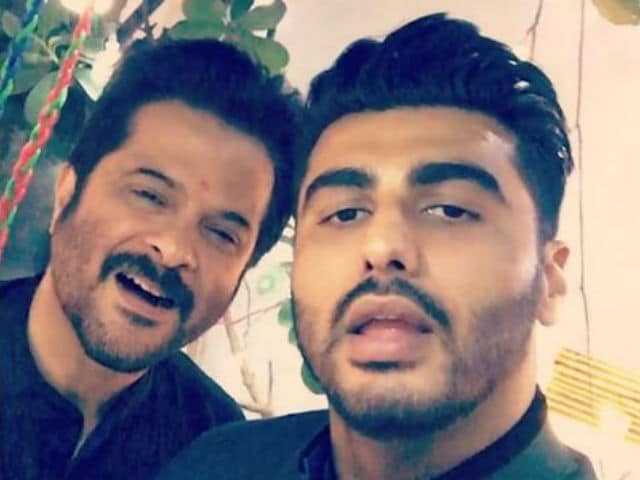 This image was posted on Instagram by Arjun Kapoor

New Delhi: It runs in the family. We're talking about the preternaturally youthful Anil Kapoor who appears to have handed his genes to the rest of the suave and debonair Kapoor men. Yes, those Kapoor men.

In a Diwali photograph posted by Arjun Kapoor, the actor introduced us to the dashing 'Kapoor and sons,' and we can't help but hold our breath. Actor Sanjay Kapoor stood tall with son Jahaan, while Anil Kapoor's son Harshvardhan is a second edition of dad. Needless to say, the whole gang looked enviably dapper.

Anil and Arjun, who will soon be seen as real-life chacha-bhatija in upcoming film Mubarakan, also wished their fans for Diwali (and plugged their film).

To all the people out from @anilskapoor and me Diwali #Mubarakan may u have the most amazing new year ahead !!!

Promoted
Listen to the latest songs, only on JioSaavn.com
Meanwhile, Arjun spent a good part of his day getting together with friends. But it was a picture perfect moment for the lensmen gathered outside Anil Kapoor's house when he emerged with daughter Sonam and son Harsh to burst some crackers. It was certainly Diwali, traditional style. Mubarakan is slated for a 2017 release. Meanwhile, Arjun also has Half Girlfriend coming up. Harshvardhan, who just debuted in Mirzya, is working on Bhavesh Joshi.