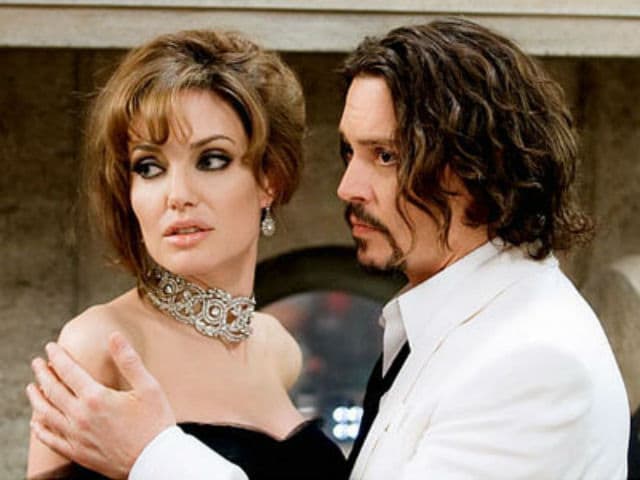 Angelina Jolie and Johnny Depp in a still from The Tourist

Los Angeles: Actress Angelina Jolie is being consoled by her former co-star Johnny Depp after her split from Brad Pitt, says a source.

The actress, 41, and Johnny starred together in romantic thriller The Tourist back in 2009 and are said to have remained friends ever since.

According to a source-based report in The Sun newspaper, Johnny, 53, reportedly recommended Laura, who has worked with a string of high-profile celebrity clients in the past, to Angelina after the actress was there to support him during his bitter break-up, reports mirror.co.uk

"Angelina idolised Johnny for years before she worked with him on The Tourist, and then the pair of them really hit it off on set. But the two of them have stayed in touch ever since then, and spoke regularly during the storm that surrounded Johnny's break-up with Amber," said the source.

"There's no suggestion that their closeness played any part in Angelina and Brad's split. But they have been speaking about the situation, and Angelina hired Johnny's lawyer to represent her based on the advice that he has given her," the source said.

"Her friends are now speculating about what could happen between them if she and Brad are not reconciled and their divorce goes through," the source added.

Promoted
Listen to the latest songs, only on JioSaavn.com
Angelina had filed for divorce from Brad, her husband of two years, on September 15. They raised six children together.