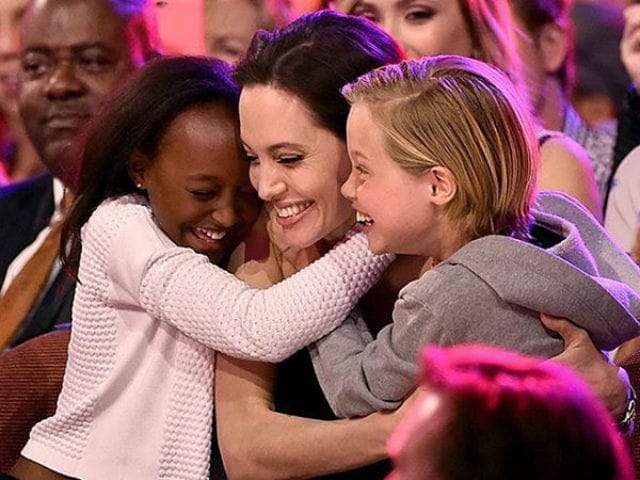 New Delhi: Hollywood star Angelina Jolie, who a couple of months back filed for divorce from Brad Pitt, was spotted with her six children on New Year's Eve in Colorado. The 41-year-old actress brought her children- Maddox, 15, Pax, 13, Zahara, 11, Shiloh, 10, and twins Knox and Vivienne, eight, to Colorado after they met Brad over Christmas, reported news agency PTI. Angelina had filed for divorce from Brad Pitt, 53, in September on the grounds of "irreconcilable differences" and they are currently in the middle of a custody battle of their six children. She has demanded sole physical custody of the children with visitation rights only for Brad, whose lawyers have filed a counter-claim.

Here's how Angelina and her children rang in the New Year:

A photo posted by STYLE ICON ANGELINA JOLIE (@styleiconangelinajolie) on Jan 2, 2017 at 11:02am PST

A photo posted by Angelina Jolie-Voight (angelinajoliealways) on Jan 2, 2017 at 7:09pm PST

Angelina and her daughter Vivienne were also spotted shopping at a local toy store on December 30, told a source to PTI.

A photo posted by STYLE ICON ANGELINA JOLIE (@styleiconangelinajolie) on Jan 2, 2017 at 12:14am PST

Brad Pitt had been allowed to visit his children for four hours on Christmas by a court.

Promoted
Listen to the latest songs, only on JioSaavn.com
Soon after filing for divorce, Angelina moved out of Brad's home and a rented beachfront mansion in Malib, where she lives with her six children.

Angelina Jolie and Brad Pitt met on the sets of 2005 film Mr And Mrs Smith. Brad was that time married to actress Jennifer Aniston. After living together for almost a decade, Brad and Angelina got married in 2014.They last co-starred in By the Sea, which was also directed by Angelina. Both the actors are reportedly Hollywood's wealthiest stars. Forbes estimated their combined earning to be almost $20 million since 2014.