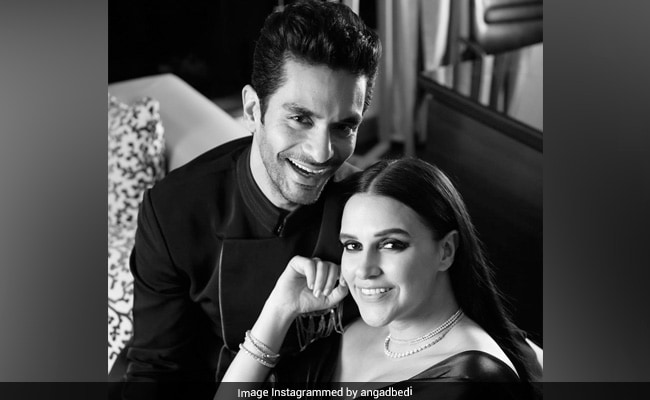 This is how we work from home... we are Very busy person ji!!! #siyapaapaegayaghare @nehadhupia #happywifehappylife #punjabi #humor

Within minutes of posting, Angad's video was flooded with comments from his fans. Reacting to the video, Neha hinted that the revenge game is on. She commented, "Woke up to this.... guys, say goodbye to Angad Bedi. This is the last you'll be seeing of him, at least on Instagram ... so dead." LOL. Take a look:

Neha and Angad keep sharing snippets of their lockdown activities on their Instagram profiles. A few days ago, Neha gave her Instafam a glimpse of their anniversary and mother's day celebrations. In the pictures, Neha, Angad and their one-and-half-year-old daughter Mehr were seen cutting a cake. "Lockdown celebrations," wrote Neha.

Angad was last seen in The Zoya Factor where he shared screen space with Dulquer Salmaan and Sonam Kapoor. He will next be seen in Gunjan Saxena: The Kargil Girl co-starring Janhvi Kapoor. On the other hand, Neha was last seen in Priyanka Banerjee's short film Devi where she shared screen space with Kajol, Shruti Haasan and Neena Kulkarni. She also features in MTV's reality show Roadies: Revolution as one of the gang leaders.