"Shah Rukh Khan is somebody whom I'd love to work with," Sriram Raghavan said 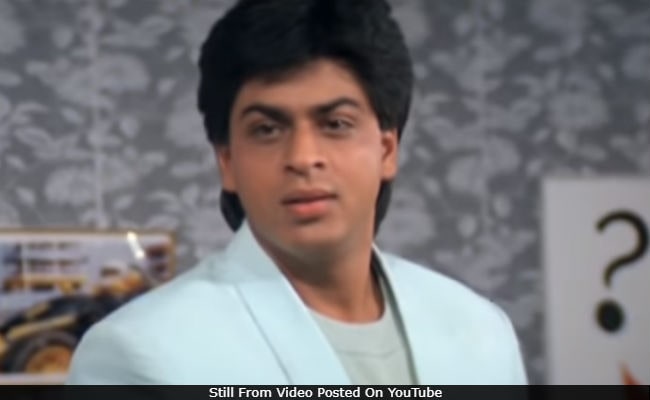 AndhaDhun director Sriram Raghavan is not collaborating with Shah Rukh Khan for a film yet, but he definitely wants to work with the 53-year-old superstar. Mr Raghavan told news agency PTI that SRK's name always crops up whenever he works on a script. "There are certain actors I think I can approach whenever I am working on something and Shah Rukh is one of those. He's somebody whom I'd love to work with," he told PTI. Sriram Raghavan also revealed that he had written a version of the story that gave Shah Rukh Khan one of his major hit films - Baazigar.

"He's somebody whom I'd love to work with. For example, one of the very early stories I'd written, was based on a novel on which Baazigar was also based - A Kiss Before Dying. My version of that movie would have been something else. In fact, I worked on the script and later found out that a film had already been made on the idea," Sriram Raghavan added.

Baazigar, a crime-thriller directed by Abbas-Mustan, released in 1993. The film was a commercial success and starred Kajol opposite SRK. Baazigar was Shilpa Shetty's debut film.

Next on Sriram Raghavan's wish list is a war film, of which he told PTI, "The work has not yet begun. It will be expensive so it needs a lot of preparation."