Did You Know Shah Rukh Khan And Kajol's Nineties Hit Baazigar Was Shot With' Two Endings'? Here's Why 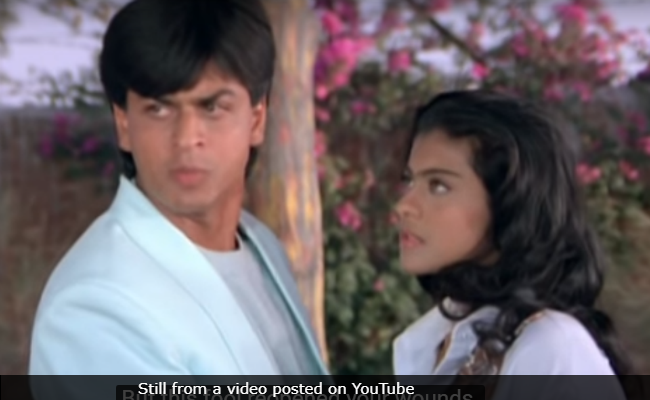 Shah Rukh Khan and Kajol in a still from Baazigar. (Image courtesy: YouTube)

Abbas Mustan's 1993 thriller Baazigar, featuring Shah Rukh Khan, Kajol and Shilpa Shettty ( her debut film), was one of the biggest hits of the years and it even resonates with today's generation courtesy its unconventional plot and its iconic song tracks. As the film clocks 25 years, director duo Abbas-Mustan made an interesting revelation about the film. During a recent media interaction, the directors revealed that the film was shot with two endings, reports news agency PTI. Yes! You read that right. The original climax scene showcased Ajay (Shah Rukh Khan) peacefully dying in his mother's arms. However actress Rakhee Gulzar, who played SRK's mother in the film was not very pleased with the plot and did not want a sad ending. Mustan Burmawalla told PTI: "Rakhee ji said yes but wanted the ending to be changed as she felt audience should not be let down. A lot of distributors said the hero should not die in the end and instead the police should come and arrest him. So we had shot both the endings."

During the interview, the director duo also explained why they settled for the ending wherein Ajay's character died in the end and told PTI: "We felt the ending where the police comes and takes SRK will not work as the emotional graph of the character would not be conveyed correctly."

Speaking of the film's success, Mustan said that it is a "big compliment" that people still like the film despite the fact that Shah Rukh Khan played a negative role in the film. "People still like the film and it is a big compliment to the entire team. The important thing is the maker should be convinced with his own vision as that will reflect on screen. We had a hero playing a negative role. Though it led to the hit pairing of Shah Rukh and Kajol, it was not a romantic film. But it all worked well," PTI quoted Mustan as saying.

Baazigar, a crime-thriller, showcases the story of a young boy Ajay (played by Shah Rukh Khan), who, in order to seek revenge for his father's death, decides to destroy a business tycoon and his family. The film's songs such as Yeh Kali Kali Aankhein and Baazigar, O Baazigar also gained massive popularity.