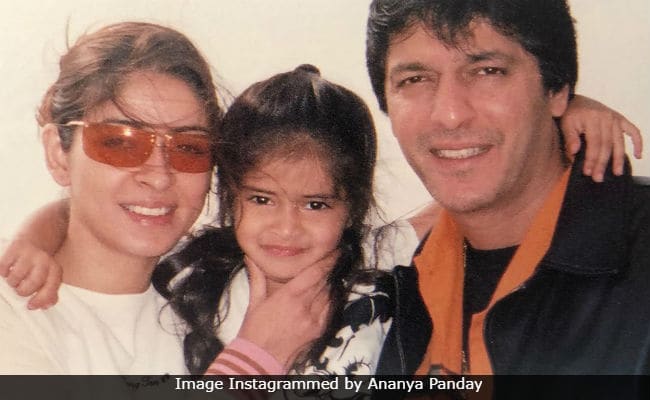 On Bhavana and Chunky Panday's 21st wedding anniversary, Ananya Panday dug out really cute throwback pictures from her family photo archives. Ananya shared multiple pictures on her Instagram profile on Thursday and she captioned the pictures in the sweetest way possible. "Been around since the 1st one, happy 21st anniversary guys," wrote Ananya and added the hashtags "#DadYouGotLucky" and "#Goals." Chunky Panday, who was obviously delighted to see the throwback pictures, responded to Ananya's post. He wrote: "Hahaha! Yes, I am the luckiest to have the 3 of you in my life." Ananya's post received over 1 lakh likes on Instagram within a few hours.

Been around since the 1st one, happy 21st anniversary guys #DadYouGotLucky #Goals

Bhavana Panday also shared a loved-up picture of herself along with Chunky Panday on her Instagram profile and wrote: "Straight out of the movies. 21 years of crazy." Besides Ananya, Chunky and Bhavana Panday are also parents to Rysa.