Ananya Panday On Working With Deepika Padukone: 'Can Finally Tick It Off My Wish List' 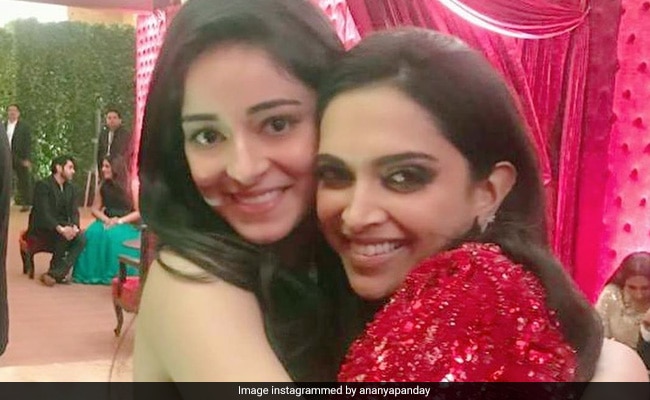 Actress Ananya Pandey says working with Deepika Padukone in an upcoming film ticks off a bucket list wish. It was announced a while ago that Ananya will be seen with Deepika in an untitled project co-starring Siddhant Chaturvedi. "I'm really delighted that I can finally tick it off my wish list now. The film is really of a different genre, where there will be some romantic drama. It's something that I haven't done before and I'm looking forward to," added the actress, who made her debut this year with Student Of The Year 2 and followed it up with Pati Patni Aur Who.

The film will be produced by Karan Johar's Dharma Productions and it will be directed by Shakun Batra. "Deepika Padukone is an actress I truly love and I also really enjoyed watching Siddhant in Gully Boy. Moreover, I'm working again with Dharma Productions, which feels like home and I'm really happy about it. I'll forever be grateful to Karan Johar." said Ananya.

"My director Shakun Batra, I believe, is one of the finest in the industry and he has been the dream director I've always wanted to work with," Ananya added.