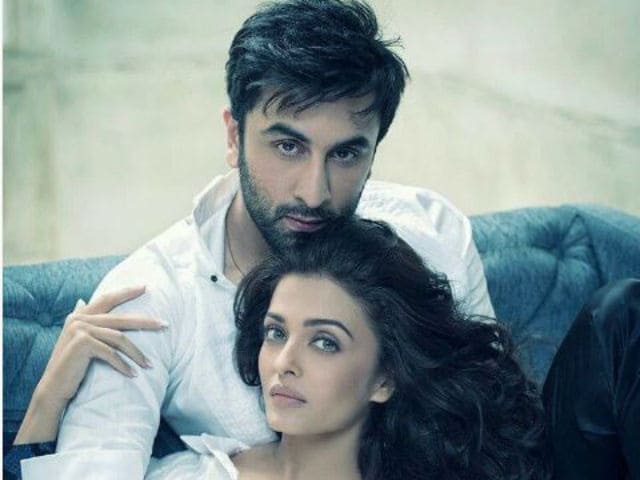 Now, let's take you 17 years back in time when a young Ranbir was so smitten by Aishwarya that he wanted to capture her on canvas.

In 1999, Ranbir's dad Rishi Kapoor was making Aa Ab Laut Chalen, the only film he's ever directed, starring Aishwarya and Akshaye Khanna. This picture from the sets was Instagrammed by Ranbir's mother Neetu Kapoor on Tuesday (clearly you don't wait till Thursday to post a throwback this epic).

Aishwarya, who is celebrating her 43rd birthday today, was about 26 then. Aa Ab Laut Chalen was her second Hindi film, after Aur Pyaar Ho Gaya.

Ranbir was all of 17, years before any assaults were made on his susceptible dil. Pure gold:

Cut to 2016. Ae Dil Hai Mushkil has released - to mixed reviews, like we said - and Ranbir, now all grown up, has long emerged from behind the scenes. Aishwarya is still as lovely as she was decades ago.

These pictures, from a Filmfare photoshoot. QED.

Promoted
Listen to the latest songs, only on JioSaavn.com
We live in hope of more pictures, old and new.